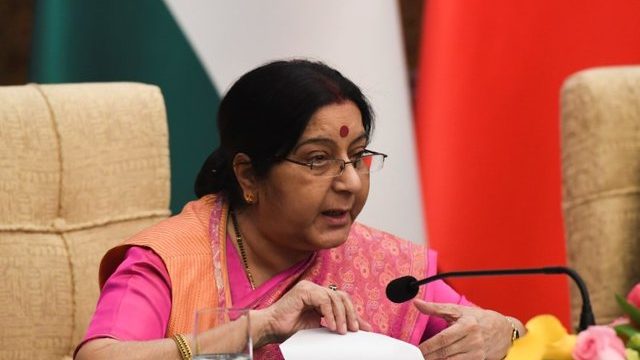 During the phone call, Swaraj said India should be allowed to import Iranian crude for some more time without being impacted by US secondary sanctions as the general election is underway in the country, and that the next government with a fresh mandate will take a final call on this issue, the people added, asking not to be identified, the Hindustan Times reported.

Swaraj explained India’s political and economic conditions to Pompeo and sought some relaxation as making immediate arrangements for 23.5 million tons of oil – the amount supplied by Iran every year – from an alternative source was not possible, the people said.

However, Pompeo did not make any commitment and told Swaraj the matter was no longer handled at his level as a decision had been made by the US administration to strictly enforce sanctions, the people added.

Pompeo and Swaraj were initially scheduled to speak a day before the US secretary of state announced on April 22 that the Trump administration will no longer grant exemptions from sanctions to any country importing Iranian oil. The call could not go through only because of “scheduling issues” and the two finally spoke on Saturday, said another person familiar with developments.

The conversation was part of regular bilateral consultations and the two diplomats also touched on issues to strengthen the India-US strategic partnership, the person added, asking not to be named.

Compared to February, India imported 18.7 percent less oil from Iran in March at about 526,000 bpd oil. Volumes were however 4 percent higher than a year ago.

Overall, India’s oil imports rose 4.7 percent in March from the previous month and by about 4.9 percent from a year ago, the report added.