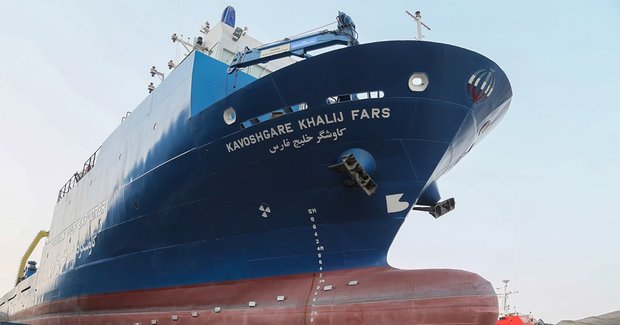 MNA – The Persian Gulf Explorer will be making its 5th voyage from Bushehr port, south of Iran, on Wed. on the occasion of National Persian Gulf Day.

The 5th voyage of Iran’s first hydrographic and oceanographic survey ship called ‘Persian Gulf Explorer’ will start on Wednesday from Bushehr port, south of Iran, on the occasion of National Persian Gulf Day for two weeks.

The 5th voyage, which is part of a long-term monitoring program of the Persian Gulf and Sea of Oman, will study the impact of the recent floods in the southern regions of Iran and on the state of the Persian Gulf’s marine environment.

The voyage route will start from Arvand Rud in the Persian Gulf to the Indian Ocean’s borders in the Sea of Oman, and will examine pollution situation in the southern seas of Iran and the low oxygen level in the Sea of Oman while taking physical, chemical, geological and biological samplings from 65 stations.