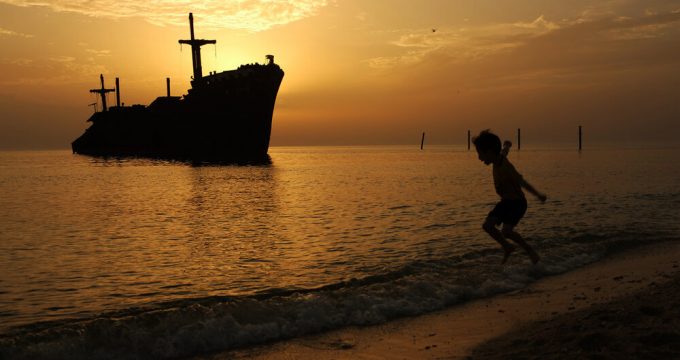 IRNA | Khalil Tanideh: The ‘Persian Gulf’ which has been used for so long a time to name the strategic waterway in south of Iran takes its roots from the old civilization of the country and the collective mind of the peoples who occupied the region in at least the past three thousand years. It has always been there in the oldest world maps and will remain so forever.

According to IRNA, the Persian Gulf, thanks to its rich resources both below and on the surface, has always been in the focus of people, from tourists who were attracted to its beauties to invaders who violated their rights. And the same story is still going on.

Though, lately, enemies and ill-wishers of the Islamic Iran have made extensive efforts to undermine the noble name of the Persian Gulf, well-supported historical documents and geographic maps emphasize the fact that the original roots of the name are undeniable.

Persian Gulf, as one of the most important waterways and strategic areas in the world, has always been a source of pride and honor for Iranians. For thousands of years, people of Iran have lived alongside the glacial waters of the Persian Gulf and have enjoyed its endless benefits.

In addition to having vast resources of energy and economic significance, the Persian Gulf has an ancient and unique history and culture that can be seen in the people who lived by it.

The rare cultural and artistic identity of the neighboring regions of the Persian Gulf is a category that we must strive to preserve and promote until it passes on this ancient culture to other generation.

It is no hidden fact to all that enemies have always been seeking divisions among neighbors to exploit the resources and countries of the region. Unfourtunately, some ignorant individuals have chosen to go with these foreigners by neglecting the historical identity of the region and using a fake name for the waterway which is actually an attempt to confiscate it for their own purposes.

However, regional countries are expected to be vigilant and not become a part of this evil game by extending their friendly hands to Iran, vow to safeguard peace and tranquility and more importantly disregard the foreigners.

The history has been a witness to various wars in the Persian Gulf region, in which the English and Portuguese colonialists have been defeated by the brave Iranian men, including Reisali Delvari and Imam Qoli Khan, hence their deep hatred and endless conspiracies to split the region.

Of course, numerous historical documents help us reveal the conspiracies of hostile countries to undermine the region especially the Islamic Republic of Iran by creating fake names for the strategic waterway.

For instance, Iran’s ambassador to London released a document last year belonging to the British Foreign and Commonwealth Office which instructed the British officials in 1978 to use ‘The Persian Gulf’ for naming Iran’s strategic waterway.

‘The correct English name for this stretch of water is ‘The Persian Gulf’,’ reads a confidential circular by the British Foreign and Commonwealth Office which dates back to May 8, 1978.

Hamid Baeedinejad released the document on his telegram channel saying, ‘The context of this document is another strong reason for proving the historical authenticity for the Persian Gulf which some in vain try to forge its name.’

US President Donald Trump has been mocked after distorting the Persian Gulf name during his Oct 13 speech which focused on the US new strategy on Iran.

The Iranian envoy in London said he succeeded to obtained the document with the help Majid Tafreshi, a prominent Iranian professor in history.

Baeidinejad further referred to some parts of the UK circular’s confidential instruction for how to use the name of the Persian Gulf in communications with the Iranian firms or government organizations.

Stressing that ‘Iranian sensitivity over the description of the Persian Gulf is undiminished,’ the document reads, ‘The correct English name for this stretch of water is ‘The Persian Gulf.’ The use of any other term causes serious offence to the Iranians and has been known to prejudice contracts and negotiations in Iran.’

The circular further stressed the British officials ‘never’ use other terms in their official communications to refer to the strategic waterway which lies in the southwest of Iran’s Strait of Hormuz, the strategically and geographically important narrow strip in south of the country.

Baeidinejad released the documents after the US President Donald Trump distorted the name of the Persian Gulf at his October 13 speech on his new strategy about Iran.

His approach triggered waves of reactions by the Iranian officials and nationals both inside and outside the country.

Reacting to the US president minutes after his speech, President Hassan Rouhani of Iran recommended him to ‘study history and geography’ again to learn how to refer to an internationally known place.

‘He’d better ask the helmsmen of the fleets sailing back and forth in the Persian Gulf what the name of the waterway is on the map they hold in hand,’ President Rouhani said while urging Trump to ‘carefully study history, geography, international commitments and norms, ethics and decency”.

The Persian Gulf is the third largest gulf in the world covering a span of 240,000 kms. It includes the Iranian islands of ‘Khark, Bomusa, Great Tunb, Little Tunb, Kish, Qeshm, Lavan ‘.

Hence, the Persian Gulf, due to its geographical location and access to the free waters of the world, is of great importance to various countries and governments, and some of them have, over the course of history, often deployed their forces to dominate this important region.

In the first half of the 21st century with decrease in reserves of other lands including Alaska and the North Sea, the strategic and economic position of Persian Gulf region increased.

The foundation structures that have long drawn the colonial nations of the world to the sea have been its strategic or economic position, which has given Europeans the incentive to find profits and influence in the eastern territories of the region.

Persian Gulf has been an important gateway to the arrival and departure of Iran’s culture, civilization, economy and politics since the early days, and the rise of the central government of Iran has always been of particular importance for the political presence in the world and has been a venue for a radical challenge with colonial political powers.

Geographic names are part of the history, geography, mythology, culture, and rituals of a nation, and preserving them like preserving ancient artifacts as reserves and human heritage is a must, so any alteration of ancient historical names, such as the destruction of ancient works, is prohibited.

English historian Arthur Wilson believed that no waterway has ever been more important than the Persian Gulf for historians and geographers, researchers and tourists, both in the past and today, and that this waterway has enjoyed Iranian identity thousands of years.

However, the documents in the world’s libraries and archives, including Alexandria, Cairo, the Church of St. Peter Vatican, and 30,000 Persian tablets, indicate that the term Persian Gulf has existed since the beginning of civilization in all sources.

Persian Gulf is a brilliant jewelry of the Islamic Republic of Iran which has been a strategic and sensitive area of the region for many years and is considered as an important regional area in the region’s geography which attacks everyone’s attention. Although over the past few years, enemies have gazed on the area, but the brave men and border guards of the country have not allowed any civilian and military force to think of any aggression and defended the sea.

Ill-wishers must know that today defending the inheritance of the history of a nation is a symbol, the zeal and authority of a nation which Iranian nation proved that in the context of the distortion of the name of the Persian Gulf will defend these ideals and their heritage.

As a result, April 30 in Iran is named after the Persian Gulf National Day, which is the anniversary of the expulsion of the Portuguese from the Strait of Hormuz and the Persian Gulf, and is in fact a focal point to confront aggressors and enemies.

In recent years, the Supreme Council of the Cultural Revolution has also named April 10 the day of the expulsion of the Portuguese from the Strait of Hormuz as the ‘National Day of the Persian Gulf’ by the proposal of the Council for Public Culture to spread the cultural and historical identity of Iran to other countries.