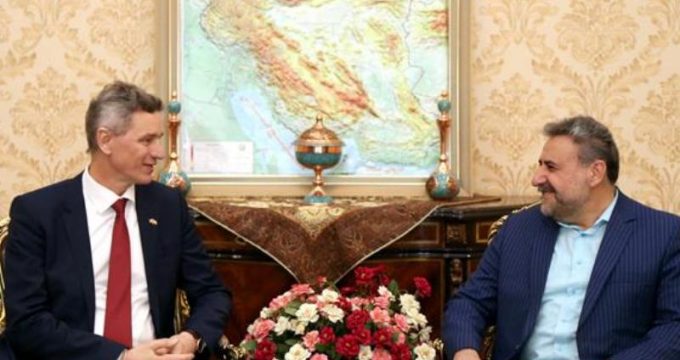 ‘Iran is an important country and a regional power so we believe that solution for many of the regional crises is dialogue and exchange of views with Iran,’ Norwegian Foreign Ministry Secretary General Tore Hattrem told Chairman of the Iranian Parliament’s National Security and Foreign Policy Commission Heshmatollah Falahatpisheh.

‘So, talks between Iran and Europe about bilateral and regional issues must go on,’ he added.

Hattrem reiterated Oslo’s support for the Iran’s nuclear deal, also known as the Joint Comprehensive Plan of Action (JCPOA), calling it “the best solution for the current situation”.

Hattrem stressed the interest of Norwegian firms to work with Iran, saying his country is in talks with the European trio (Germany, France, the UK) about the payment channel Instrument in Support of Trade Exchanges (INSTEX).

‘The European state should’ve played a more major role in resisting the unilateralism, but it’s now only Iran that is resisting and we are not witnessing any movement from the Europeans in this regard,’ he said.

He also lashed out at the European payment mechanism, saying it “hasn’t resolved Iran’s banking and financial problems yet”.

The Iranian lawmaker also warned of the “possible danger” the region faces following the US move to blacklist Iran’s Islamic Revolution Guard Corps (IRGC) as a Foreign Terrorist Organization (FTO).