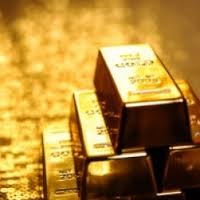 Tasnim – Iran’s Intelligence Ministry disbanded a ring that smuggled large quantities of gold and silver into and out of the country.

The Iranian intelligence forces in the northwestern province of West Azarbaijan arrested nine members of the network, including the ringleader, who were involved in the “organized smuggling” of gold, the ministry said in a statement.

The smuggling gang, including Iranians and nationals of a neighboring state, have been colluding with a number of officials of supervisory organizations to smuggle large amounts of gold and silver at the border, the statement added.

It said the main element had formed a team, each of whose members were assigned a specific job in the illegal process of importing and exporting cargos of smuggled gold.

According to the Intelligence Ministry, the busted network is estimated to have smuggled gold worth more than 6,170 billion rials into and out of Iran.

In January, the intelligence forces had arrested members of a network that had been earning huge profits by smuggling foreign currency, tax evasion and money laundering.