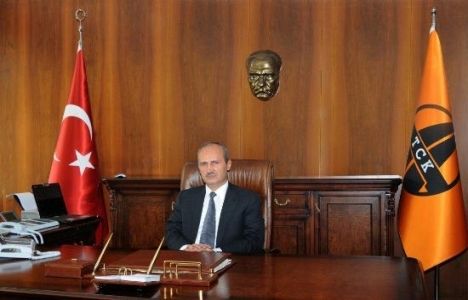 FNA – Turkish Minister of Transport and Infrastructure Mehmet Cahit Turhan said on Monday that Washington’s unilateral sanctions against Tehran will be ineffective in doing harm to the close ties between Iran and Turkey.

Turhan, at a press conference in Tehran today, said that the US unilateral sanctions will be of little impact on Tehran-Ankara ties, considering the international law and the legal norms in the world.

He made the remarks at a joint presser with Iranian Road Minister Mohammad Eslami, concluding the 8th joint transportation commission of Iran and Turkey at the Headquarters of Iran’s Ministry of Road and Urban Development.

“We are delighted to witness overgrowing framework of international cooperation between Iran and Turkey,” the Turkish minister added.

“The two countries are both determined to expand cooperation and reciprocally bolster their national interests. This resolution was once demonstrated 4 months ago during the high council of bilateral cooperation,” Turhan underlined.

He went on saying that during the summit between Iranian President Hassan Rouhani and Turkish President Recep Tayyip Erdoğan, the two sides reached many agreements and the two presidents tasked their members of cabinet to follow up the implementation of the brokered decisions and further cement bilateral relations in all areas.

Eslami, for his part, said that the holding of the joint commission after 7 years, 4 months after the high council of mutual cooperation was held in Ankara, is conveying a special message that the two countries’ leaders are willful to further broaden bilateral relations in all areas.

He added that during the joint commission, the two sides agreed to launch a passenger rail route connecting Tehran and Ankara, and to later activate trilateral corridor between Islamabad, Tehran, and Istanbul.

Back on December 20, Tehran and Ankara jointly denounced the US withdrawal from the nuclear deal, and said that Washington’s unilateral sanctions against Iran are destructive for the economy of the whole region.

Iran and Turkey agreed to step up their economic cooperation with the aim of reaching a $30-billion target set for their annual trade.

The agreement was reached at the 5th Meeting of High Council for Iran-Turkey Strategic Cooperation in Ankara chaired by Iranian President Hassan Rouhani and his Turkish counterpart, Recep Tayyip Erdogan, according to a joint statement issued at the end of the event.

Tehran and Ankara, the statement added, called for closer bilateral relations in all areas, especially economy, politics and fight against terrorism, saying enhanced ties between the two neighbors will contribute to the region’s peace and stability.

They emphasized the need to promote the existing trade mechanisms between the two neighboring states so they could speed up efforts to increase the volume of their annual to the $30 billion target they had previously set.

The two sides further criticized Washington’s decision to scrap the 2015 multilateral deal on the Iranian nuclear program — officially called the Joint Comprehensive Plan of Action (JCPOA) — in defiance of UN Security Council resolution 2231, which has endorsed the international document.

They also expressed concerns over the unilateral sanctions that the US reinstated against Iran in the aftermath of its withdrawal from the JCPOA, saying the unfair restrictive measures could harm innocent people and leave a negative impact on regional economic relations.

Iran and Turkey also called for all-out efforts to protect the nuclear deal, which they hailed as the fruit of multilateral diplomacy on the world stage.

Iran and Turkey — which serve, together with Russia, as mediators of a peace process on Syria — reaffirmed their commitment to protecting the crisis-torn country’s sovereignty, territorial integrity and political unity.

They praised the achievements of the peace process which has been underway between Syria’s warring parties in Astana, Kazakhstan, since January 2017, saying negotiations should continue in parallel with counter-terrorism battles in an effort to find a peaceful solution to the crisis in the Middle Eastern country.