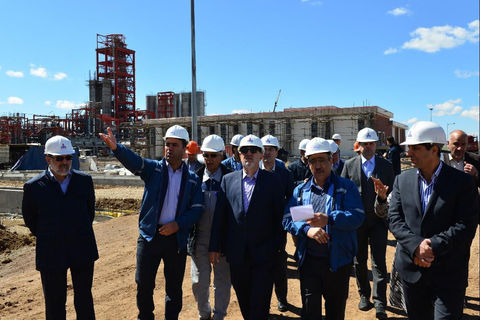 During the visit the official said that the project was being carried out successfully and would come online by the end of the current calendar year, which began on March 21.

He said the project was one of the projects prioritized by the Iranian Ministry of Petroleum for development, adding that there are no concerns as of development of the project and “we hope that it would undergo its pre-commissioning and startup stages without any trouble.

The official also described the West Ethylene Pipeline, that supplies feedstock to the plant, as the creator of jobs and hope for the regional people.