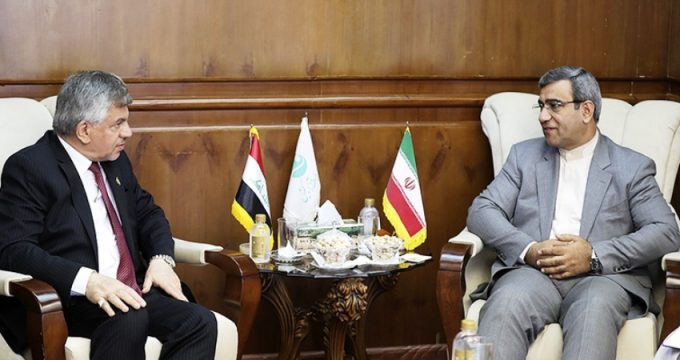 IRNA – Iraq’s Ambassador to Iran said on Monday that Iraq is interested in economic cooperation with Iran and is considering Kish Investment Opportunities with a view to make investment in Kish.

He emphasized that the signing of a memorandum of understanding (MOU) between Kish administration and Iraq and launching flight between Kish and the cities of Basra, Erbil, Baghdad and Najaf is very effective in expanding tourism between Kish and Iraq.

The Iraqi ambassador citing to the remarks of Iran’s Supreme Leader about the development of relations between Iran and Iraq due to religious, cultural and economic ties, said that the visit of the Iranian President to Iraq has been the basis for the expansion of cooperation between the two countries.

Gholam Hossein Mozaffari chairman and Chief Executive Officer of Kish Free Zone Organization said in the meeting said that Kish Island is an ideal destination for tourists, especially in the tourism sector of Halal and Health Tourism.

‘As a Muslim and neighboring country, Iraq, through its religious, economic and cultural ties, can have expand trade and tourism partnerships with Kish,’ Mozaffari said.

Mozafari stressed that establishing direct flights between Kish and Iraq cities is a necessity for the development of relations.

Kish Island is one of the most attractive tourism sites in the Persian Gulf in southern Iran, and a pioneer in tourism industry in the country. It is also among the top tourist destinations for planning and investment.

It is part of the Bandar Lengeh City in Hormuzgan province of Iran. Owing to its free trade zone status, the island is touted as a paradise for tourists, with numerous malls, shopping centers, tourist attractions, beaches, and resort hotels as well as a wonderful climate.

With about 26,000 residents, the island attracts nearly 1 million visitors each year.