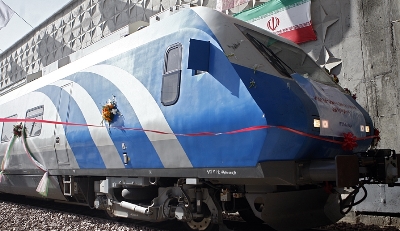 MNA – Railway officials of Iran and Turkey held a bilateral meeting at the place of the Railways of the Islamic Republic of Iran (RAI) on Sunday with the participation of RAI Head Saied Rasouli and Head of Turkish state railway Ali İhsan Uygun.

He called for the improvement of Iran-Turkey railway transactions up to one million tons per year from its current 500,000 tons.

The Iranian official also announced that the two sides are ready to establish passenger railway between Tehran and Ankara in the near future.

The Turkish official, for his part, voiced Turkey’s readiness for transiting European products to West Asia and establishment of Tehran-Ankara railway.

The two railway officials also finalized some pre-accorded agreements in this meeting.