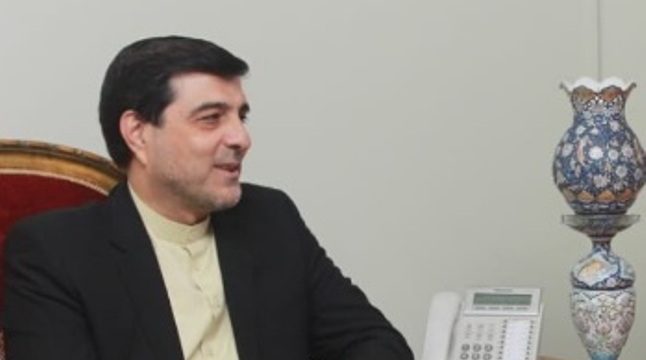 IRNA – Consul General of Iran in Pakistani city of Lahore has said that Iran is willing to enhance its economic cooperation with Pakistan besides working actively to find out new horizons of expanding bilateral trade ties, according to local media.

Mohammad Reza Nazeri made the remarks in an important meeting held at Sialkot Chamber of Commerce and Industry (SCCI). He also visited several leading industrial units in the city of Sialkot.
SCCI President Khawaja Masud Akhtar presided over the meeting. SCCI SVP Waqas Akram Awan and other Iranian officials were also present.
Iranian Consul General said that the time was high for both Pakistan and Iran to boost their mutual trade and they should expand their mutual economic cooperation.
He said that Iran was much keen to strengthen mutual trade ties with Pakistan besides finding out the new business development and trade promotional opportunities as well.