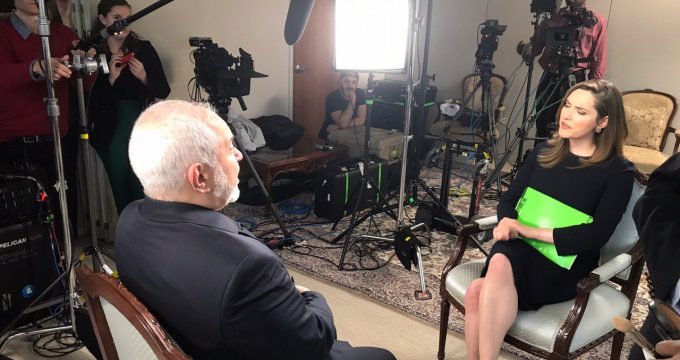 IRNA – Iranian Foreign Minister Mohammad Javad Zarif in a message elaborated on the reasons why President Donald Trump and Team-B should be aware of the divergence between their goals in the region.

‘Appearing this Sunday on @FoxNewsSunday with Chris Wallace, and on @FaceTheNation with @margbrennan,’ Zarif wrote on his Twitter on Sunday.

He added, ‘I explain the #B_Team ’s nefarious #ForeverWar plans for Iran, and why @realDonaldTrump should be aware of the divergence between his and their goals in the West Asia.’

Earlier, elaborating on why he mentioned Team-B, including US National Security Advisor John R. Bolton, Israeli Prime Minister Benjamin Netanyahu, Saudi Crown Prince Bin Salman and Bin Zayed, he said that he wanted to make Americans informed of a reality which is based on documents not threat and accusation.

He added that there is a group which has so far been responsible for Mr. Trump’s dangerous policies.

Referring to Israeli Prime Minister’s suggestion of war against Iran in US Congress 17 years ago, he said before elections in Israel he tweeted in Hebrew that he had offered Trump to make recent baseless decision labeling the Islamic Revolution Guard Corps (IRGC) as terrorist.

Apparently, in contrast to Trump pre-condition of not waging another war for employing John Bolton as the US National Security Advisor, Bolton earlier claimed in the meeting of terrorist Mujahedin-e Khalq Organization (MKO) that he would be in Iran next year, Zarif said.