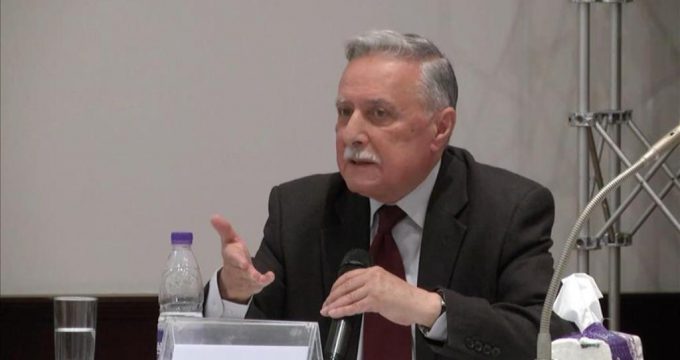 IRNA – Secretary-General of the Palestinian People’s Party Bassam al-Salehi on Saturday decried the US anti-Iran policy as the utmost brutality and Imperialist bullying with reliance upon military power.

‘Imposing sanctions to drive the Iranian people to famine and create obstacles for export of its oil are against all international laws,’ said al-Salehi.

He condemned the US anti-Iranian refusal to renew the waivers to customers of Iran’s oil.

He added that the unilateral withdrawal from a deal with international powers, i.e. the Joint Comprehensive Plan of Action (JCPOA), is an unprecedented impudent attempt to change international regulations.

Al-Salehi said that the US moves and policies toward Palestine, Syria, Venezuela, Cuba, Iran, Russia, China, Mexico, and economic relations with Europe will actually be big challenges for the future of world and international relations.
Despite the fact that Washington had claimed to push Iran oil exports to zero, the US agreed to let eight countries, India, Japan, China, Taiwan, South Korea, Taiwan, Italy and Greece to keep buying Iranian oil after it reimposed sanctions on the OPEC producer on November 5.

The US Secretary of State Mike Pompeo once again in a unilateral and hostile act on Monday declared that US will not longer extend waivers to buyers of Iran oil.

According to Western media, Pompeo claimed that the US has been given assurances by oil producers – namely Saudi Arabia and the UAE – to ensure a sufficient supply to minimize impact on pricing.