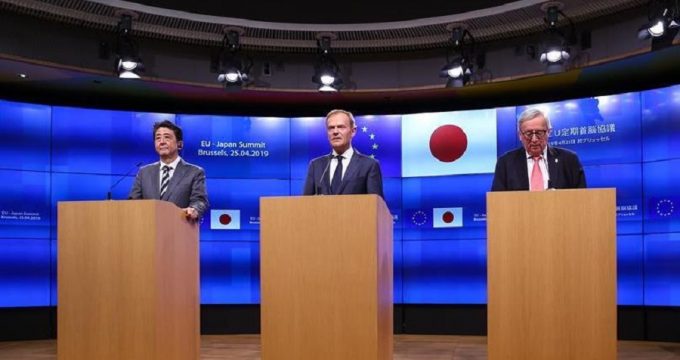 IRNA – Despite US sanctions and opposition, Japan and the European Union reiterated support for Iran nuclear deal also known as the Joint Comprehensive Plan of Action (JCPOA).

Both sides agreed on reinforcing multilateral trade system based on the principles of the World Trade Organization.

Despite the fact that Washington had claimed to zero Iran oil exports, the US agreed to let eight countries, including China, Japan, India and South Korea, Taiwan, Italy and Greece keep buying Iranian oil after it reimposed sanctions on the OPEC producer on Nov. 5.

The US Secretary of State Mike Pompeo once again in a unilateral and hostile act on Monday declared anti-Iran measure to lift sanctions waivers on buyers of Iran oil.