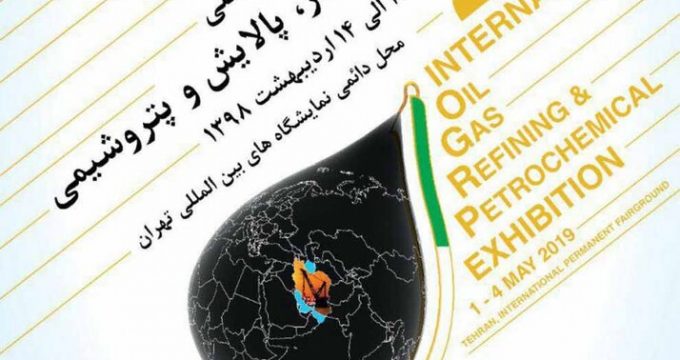 Tehran Times – The 24th Iran International, Oil, Gas, Refining and Petrochemical Exhibition (Iran Oil Show 2019) is due to kick off on May 1 at Tehran Permanent International Fairgrounds.

According to the organizers, renowned companies from various countries including Azerbaijan, Spain, Germany, Britain, Italy, Turkey, China, Russia, the Netherlands, Ukraine, and etc. will be showcasing their latest products and achievements in oil and gas industry in the four-day event, IRIB reported.
According to the head of National Iranian Oil Company (NIOC) public relations office, which is in charge of organizing the event, although this year the number of foreign participants has decreased due to the U.S. sanctions, still many countries are interested in Iran’s lucrative oil industry and market.
“This year the main focus of the exhibition is on developing domestic production and empowering domestic companies.” Mohammad Naseri said.
The inaugural ceremony of the exhibition is scheduled to be attended by senior officials from the industry including Iranian Oil Minister Bijan Namdar Zanganeh, alongside a number of Iranian parliament members, ambassadors of other countries in Iran, directors of Iranian oil, gas and petrochemical industries, and representatives of some renowned international companies.