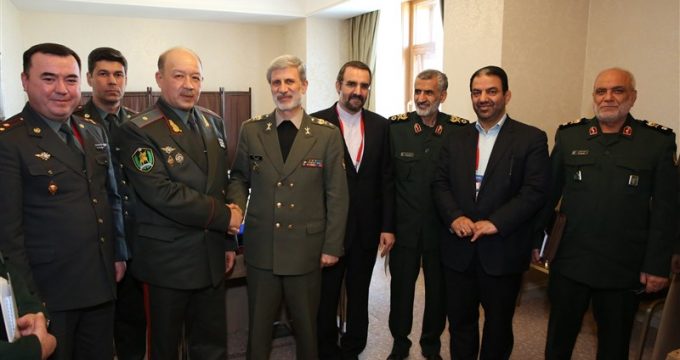 Tasnim – The defense ministers of Iran and Uzbekistan weighed plans for close cooperation between the two countries’ defense and security forces, particularly in the fight against terrorism.

In the gathering, the Iranian minister slammed terrorism and extremism as threats to the stability and security of all countries in South and West Asia.

Hatami also highlighted the close historical and cultural bonds between Iran and Uzbekistan, and stressed the need for security and defense cooperation between the two nations.

For his part, the Uzbek defense minister said Tehran and Tashkent have common security concerns, and urged the promotion of cooperation in the fight against terrorism.

In February 2018, the foreign ministers of Iran and Uzbekistan discussed an inclusive agreement to boost mutual cooperation in economic and trade areas, particularly in energy fields, oil and gas industry, railroad transportation, consular services and tourism.