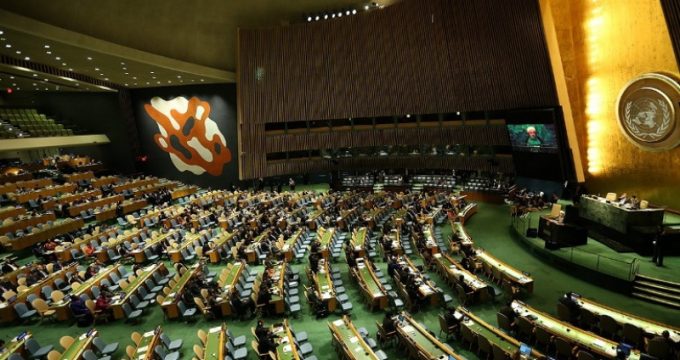 IRNA – Spokesperson for the United Nations General Assembly president said she is opposed to any unilateral sanctions instances of which has been used by Washington to pressure Iran.

Monica Grayley, spokesperson for Maria Ferdanda Spinosa made the remark while answering a question by Islamic Republic News Agency (IRNA) here on Wednesday.

She said that UNGA President Maria Fernanda Spinosa is opposed to any unilateral economic, trade and financial sanctions and other measures violating the international laws and principles of the UN.

Such unilateral measures constrain free trade, and freedom across the world, and the president believes that all differences can be solved through negotiations, the spokesperson said.

‘The secretary general is carrying a message of the importance, the critical importance, of multilateralism in solving the problems, the global problems that we face today and most of which know no borders,’ he said.

The US has unilaterally imposed sanctions on Iran, and has banned importing oil from the country. The measures have been implemented after Washington unilaterally pulled out of an international nuclear deal with Iran. The US has also ended the sanctions waivers to their allies.

The US moves have been made at a time that the United Nations General Assembly annual Conference on ‘Remarking and Promoting International Day of Multilateralism and Diplomacy for Peace’ is underway in New York.