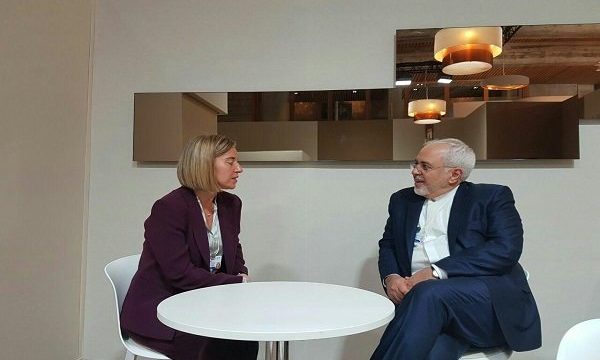 The necessity of a paradigm shift in Iran’s foreign policy

Iranian Diplomacy – A former Iranian diplomat has said: “In the present circumstances, there is no hope that Iran’s foreign policy or diplomacy can continue its way forward without a paradigm shift; as such, there is nothing to negotiate and use the capacity of Takht-Ravanchi’s presence in New York for as long as this shift is not happening.”

New changes have taken place in Iran’s Ministry of Foreign Affairs in the past couple of days. Bahram Ghasemi went to Paris as the new Ambassador and Abbas Mousavi replaced him as the Spokesperson of the Ministry. Majid Takht-Ravanchi, the former nuclear negotiator, went to New York as Iran’s permanent representative to the United Nations and Ali-Asghar Khaji was appointed as the senior assistance to the Foreign Minister. Hossein Jaberi-Ansari and Hossein Panahi-Azar were respectively appointed as Deputy Foreign Minister for Iranian Expatriates and Parliamentary Affairs and Deputy Minister for Administrative and Financial Affairs.

Commenting on the reasons for these changes, Mohammad-Hossein Malaek, former Iranian diplomat and Ambassador to China says: “Changes in the Foreign Ministry are not related to Zarif’s resignation a few months ago but are in line with filling vacant positions in Iranian missions abroad.”

As for the appointment of Bahram Ghasemi as Iran’s Ambassador to France and Majid Takht- Ravanchi as the UN representative, Malaek said: “The Foreign Ministry had a few options for the post of Iran’s ambassador to France; it could still choose more political figures; however, it opted for experts for the two positions. The two are veteran diplomats and it seems that the decision was made “to maintain the status quo”.

The former Iranian diplomat also commented on the change of the Foreign Ministry Spokesperson, noting: “Choosing a spokesperson has become a procedure based on hierarchy. While it was expected that a woman would be selected for the job, this faced some opposition from outside the Ministry. In fact, the general social restrictions for women have reached the Foreign Ministry too.”

Malaek referred to the Foreign Ministry’s performance under President Rouhani‘s administration and said: “In Rouhani’s government politics is divided in two sectors. One dates back to the era when the nuclear negotiations were underway and is characterized by fixed policies, diplomacy and restrictions. But with the US withdrawal from the Joint Comprehensive Plan of Action (JCPOA), the pillars of Iran’s foreign policy and diplomacy collapsed. Therefore, Iran has had no specific foreign policy in more than a year and has been facing a lack of balance in its diplomacy.”

He added: “As long as there is no paradigm shift in this section, Iran’s foreign policy will keep moving on a negative track and there will be no new negotiations. Presently, nothing remains from the JCPOA that can help use Takht-Ravanchi’s capacity in New York. Today, Iran has remained in the JCPOA only for political reasons specific to this country.”

The veteran diplomat said: “Iran was in a bad situation when Mr Khoshroo was in New York. Even the Russian Ambassador defended Iran’s interests at the UN Security Council better than he did. Iran’s representative must be able to speak, to make people laugh, to make news and dedicions; but I’m not sure if Mr Takht-Ravanchi possesses those characteristics. However, he is more political than his two predecessors. Therefore, as it was said before, we cannot be hopeful about Iran’s foreign policy in the present situation.”