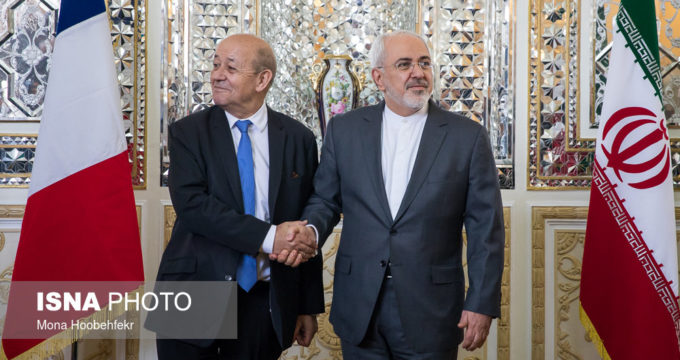 Iran’s embassy in Paris in a tweet announced that Foreign Minister Zairf’s important message to the French Minister of Europe and Foreign Affairs Jean-Yves Le Drian was delivered to head of his office on Tuesday evening.

The embassy gave no details of the message.

Following a six-month-month pause in presence of Iranian ambassador to Paris, Bahram Qasemi has been recently appointed to the post.