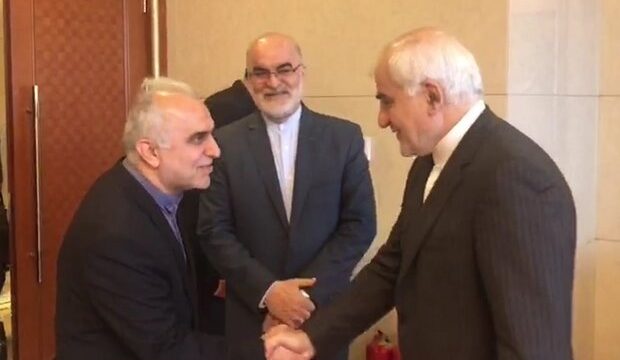 MNA – Iran’s Minister of Economic Affairs and Finance Farhad Dejpasand arrived in China’s capital Beijing on Wednesday to take part in the second edition of Belt and Road Forum (BRF) for International Cooperation in the East Asian country from April 25-27.

Dejpasand is accompanied by a high-ranking delegation and is set to hold separate meetings with Chinese officials during his stay in Beijing.

Chief of Iran’s General Inspection Organization Naser Seraj is also in Beijing to attend the ‘Green Silk Road’ section of the forum.

A delegation from Iran’s Expediency Council, led by Gholamali Haddad Adel, also traveled to Beijing on Monday to attend BRF.

This year, the Belt and Road Forum will host over 5,000 guests from 137 countries, including 37 presidents and prime ministers as well as 150 ministers.

President Xi Jinping will deliver a keynote speech during the opening ceremony.

It will include a series of events, such as leaders’ round table, high-level meeting, thematic forum, CEO conference, under the theme of Belt and Road cooperation shaping a brighter shared future.