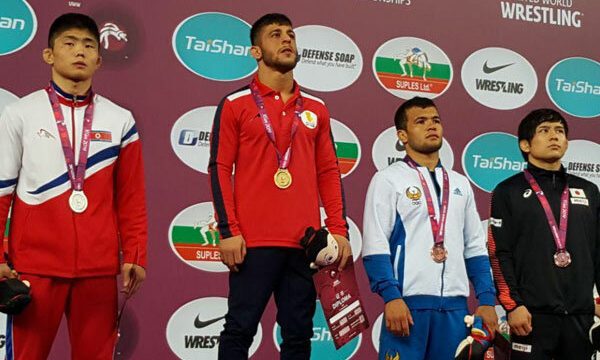 The final wrestling match at 97 kilogram between Reza Yazdani from Iran and a Mongolian wrestler was held in Chinese city of Xian on Tuesday and ended with a victory for the Iranian player.

This was Yazdani’s first gold medal in three years since 2016 Asian championships.

With this gold, the Iranian wrestlers increased Iran’s tally to 5 medals (3 golds and 2 bronzes) so far in the first 5 divisions of the Asian championships in China’s Xian.

The competitions at the next five divisions will start as of tomorrow.