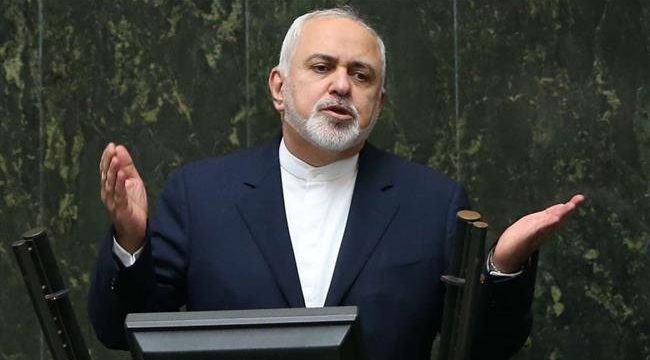 The following is a rush transcription of his Wednesday speech at the UN meeting.

“Mr. President, Iran has long advocated multilateralism and diplomacy for peace. I’ve come here today to make the case that such collective diplomatic efforts are no longer the prudent option; rather, they are the only solution. If there were ever a unipolar moment in international politics, it is definitively gone. My country has consistently shown its commitment to multilateralism as the tenet of a robust foreign policy. A brief review of our diplomatic engagements just these past few weeks makes this abundantly clear.

“To our west, Parliament Speakers of Iraq’s neighbors gathered in Baghdad last weekend to explore a new, inclusive approach to regional engagement, while last week I led a delegation to Damascus and Ankara to further our cooperation with Syria, Turkey and Russia on the Astana track. To our east, our new special envoy for Afghanistan is engaged in a realistic regional approach to peace and stability, while two days ago, we hosted Pakistan’s Prime Minister for talks on a multilateral approach to regional stability and fighting terrorism.

“To our north, senior officials of Caspian Sea littoral states gathered last week to operationalize the historic Caspian Convention we concluded in 2018, after 22 years of negotiations. Meanwhile, we are making progress on economic integration– including through the Eurasian Economic Union. To our south, we’ve facilitated the Stockholm process on Yemen and have also proposed a ‘Regional Dialogue Forum’ in the Persian Gulf as an inclusive multilateral approach to cooperation and dispute settlement. And globally, 14 IAEA reports validate our commitment to the Joint Comprehensive Plan of Action, a multilateral accord that is enshrined in UN Security Council resolution 2231.

“We have kept our word in spite of the failure of the western participants of JCPOA to provide the promised economic dividends to our people following the unlawful US withdrawal. I don’t need to list the extensive, unlawful unilateralist policies of this US Administration towards my country or our region, but here is just a glimpse: extraterritorial imposition of domestic legislations; flouting of international accords and ICJ orders; arbitrary designation of armed forces of a sovereign state as ‘terrorist’; breeding radicalization through reckless and pointless forever wars; shielding of terror-sponsoring clients from their war crimes; and recognition of illegal and racist annexations. As if this lawlessness is not enough, the US also punishes those who seek to fulfill their obligations under Security Council Resolution 2231—which calls for normalization of economic relations with Iran. “Ladies and gentlemen, to defend multilateralism, it is imperative to deny the US any perceived benefit from its unlawful actions, and to forcefully reject any pressure it brings to bear on others to violate international law and Security Council resolutions. And in rejecting unilateralism, we all have a responsibility to collectively hold any government accountable for the consequences of any lawlessness. I thank you for your attention.