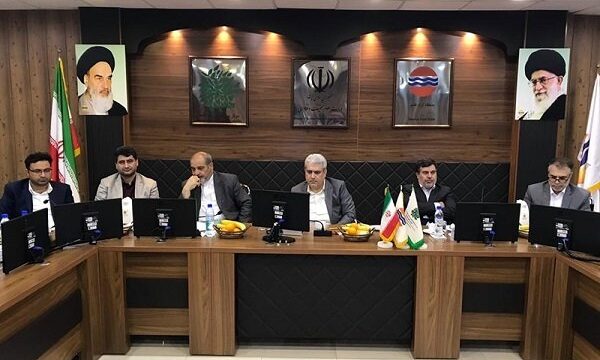 MNA – Governor General of Hormozgan Province Fereydoun Hemmati said that 240 Memoranda of Understanding (MoUs), valued at about $7.407 billion equal to (100,000 billion tomans), were signed and sealed in International Investment Conference in Hormozgan province.

He made the remarks late on Tue. in a meeting to study capacities and potentials of knowledge-based economic development in Qeshm and added, “boosting domestic production is the main mission of executive organizations, governor-generalship and private sector of the province.”

Supporting newly-established trade and industrial units and companies which are grappling with economic problems are of main policies of the government and governor-generalship of Hormozgan province in the current year (started March 21, 2019), the issue of which has been taken into serious consideration.

Some active industrial and production units in this province face problem in the field of working capital that should be supported duly, he reiterated.

Knowledge-based firms enjoy high potentials and capabilities in this province, he said, adding, “with its untapped capacities, provincial governor-generalship welcomes investment activities of knowledge-based companies in line with compensating backwardness in this field.”

For his part, Managing Director of Qeshm Free Zone Organization Hamid-Reza Momeni said, “transferring knowledge, technical knowhow and technology is one of the main missions of free zones, so that Qeshm island is equipped with high facilities for realization of this objective significantly.”

As compared with other free zones, Qeshm Free Zone has better situation in terms of growth of knowledge-based firms, he said, adding, “however, there are shortages in this field that should be removed.”

The 3rd International Conference on Investment Opportunities kicked off in Hormozgan province on April 15 in the presence of 500 distinguished domestic and foreign participants.