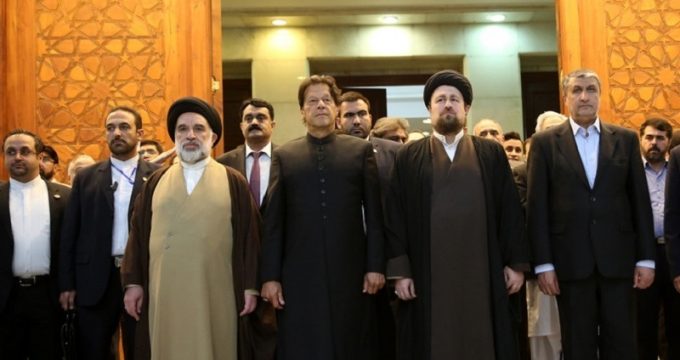 Visiting Imran Khan laid a wreath of flowers on the tomb of Imam Khomeini in southern Tehran.

Imran Khan is visiting Tehran for the first time after his election as the Pakistani premier in August 2018.

The visit is taking place on the occasion of the 70th anniversary of establishment of Iran-Pakistan relations.

Prior to Tehran, Imran Khan was in the holy city of Mashhad on pilgrimage to the holy shrine of Imam Reza (AS), the eighth Shia Imam.