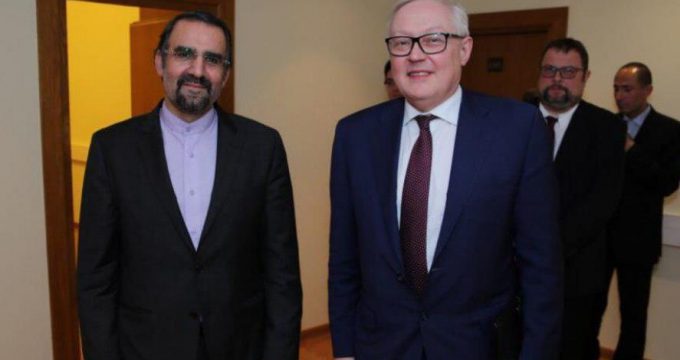 The two sides conferred on the status of regional and international developments, including the 2015 nuclear deal, known as the Joint Comprehensive Plan of Action, and the re-imposition of US’ unilateral sanctions against the Islamic Republic since last November.

Earlier in the day, Iranian Foreign Minister Mohammad Javad Zarif and his Russian counterpart Sergei Lavrov had also discussed issues related to Iran nuclear deal and the Syrian crisis over the phone.

The two top diplomats exchanged views on international and regional issues, including how to advance the peace process in Syria within the framework of the upcoming Astana talks.