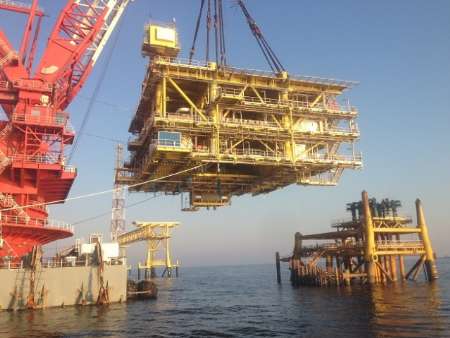 The Trump administration’s decision to toughen sanctions on Iran’s oil exports has rewarded fund managers who have been increasingly confident that the oil market will tighten significantly this year, lifting prictrump ades.

Even before the latest sanctions announcement, hedge funds and other money managers increased their net long position in the six most important petroleum futures and options contracts by another 61 million barrels in the week to April 16 (tmsnrt.rs/2W9zLZG).

Fund managers have purchased a total of 564 million barrels of crude and refined products over the last 14 weeks in one of the longest and certainly smoothest and most consistent bull markets on record.

Portfolio managers now hold a net bullish position in the six contracts equivalent to 865 million barrels, nearly three times higher than in early January, although still below the recent high of 1.099 billion in late September.

Long positions outnumber short ones by a margin of 7:1 across the petroleum complex but 13:1 in Brent and a record 39:1 in U.S. gasoline.

From a pure positioning perspective, the crude and especially gasoline markets appear very stretched, with lopsided positioning pointing to a future reversal in the upward price trend.

But the Trump administration’s decision to eliminate all sanctions waivers for purchasers of Iranian oil is expected to tighten the market and could validate hedge fund bets on higher prices.

If fund managers choose to liquidate some of their existing long positions into a rising market, fund selling could help moderate the impact of tougher sanctions (a case of “buy the rumor, sell the fact”).

On the other hand, if the fund managers decide to add to their long positions, and they are still several hundred million barrels below last year’s peaks, it could prolong and even accelerate the rally (“the trend is your friend”).