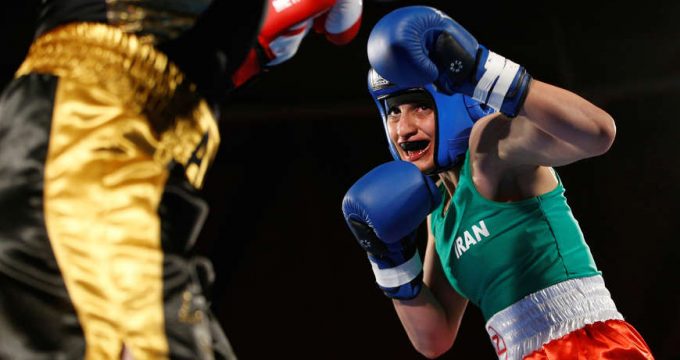 Did female Iranian boxer fight for championship or asylum in France?

Al-Monitor | Saeid Jafari: Sadaf Khadem had been interested in sports as a child in Iran in the 2000s. She began by playing basketball and then in her teenage years, added a punching bag to the makeshift gym in her family’s garage and finally convinced her parents to let her join a boxing club.

Earlier this month, the 24-year-old Khadem won the first ever victory by an Iranian female boxer at the international level. In the coastal French town of Royan April 13, she beat boxer Anne Chauvin in an amateur — but highly publicized — match.

Women boxers are rare in Iran, though the country’s supreme leader has published imagery that suggests approval of women practicing other martial arts at local and international levels. Iranian female athletes compete at global tournaments in taekwondo, karate and wushu. Kimia Alizadeh, a 18-year-old taekwondo athlete, competed in an hijab and grabbed the bronze medal for the Iranian delegation in the 2016 Rio Olympics. She receiving the red-carpet treatment from both the state and the public upon landing back home.