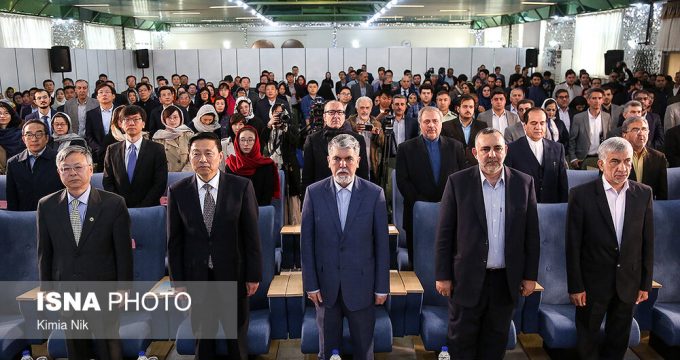 MNA – The 32nd Tehran International book Fair (TIBF) has kicked off at Tehran’s Musalla in the presence of Minister of Culture Abbas Salehi on behalf of President Rouhani who is ritually in charge of inaugurating the event.

The 32nd TIBF was inaugurated today at Imam Khomeini Musalla in Tehran in the presence of the Minister of Culture and Islamic Guidance Seyyed Abbas Salehi.

Tehran International Book Fair has turned into a landmark book fair in Middle East and Asia after holding 31 editions in a row. Every year in April, an average of 3,200 domestic and 800 foreign publishers participate in the event. The foreign publishers substantially offer their materials in English or Arabic however titles in French, German, Chinese, Korean or Japanese are also available.

30 countries are participating at this exhibition. China is this year’s Guest of Honor at TIBF, with a delegation of 150 representatives from its publishing industry.

The 32nd edition of the event will officially open to the public on Wednesday and last for 10 days, wrapping up on May 4.