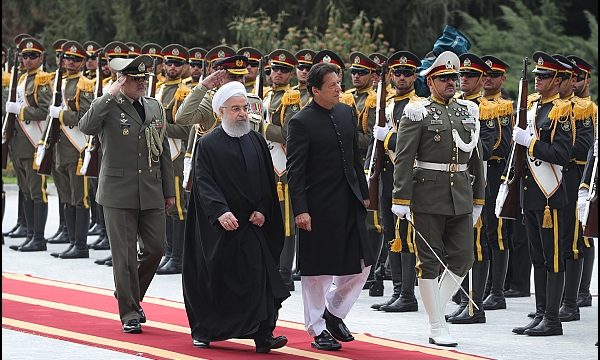 Heading a high-ranking delegation, Khan began his official two-day visit to Iran, the first since he took office last year, with a stop in the northeastern holy city of Mashhad on Sunday.

Discussing bilateral ties with a number of senior Iranian figures and meeting with Iranian and Pakistani businesspersons are on Khan’s agenda during his visit to Tehran.