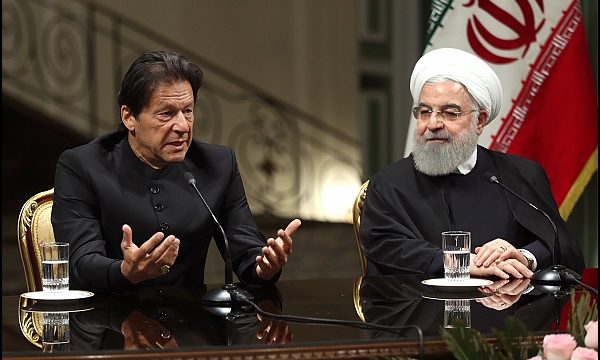 “At present, all political spectra in Pakistan have come to the conclusion that we should not allow the militants to use our soil to launch terrorist attacks against other countries,” Imran Khan said in a joint press conference with his Iranian counterpart Hassan Rouhani in Tehran on Monday.

“We should revive (mutual) trust again and we have trust in the fact that neither state would allow its territory be used for terrorist attacks on the other country. We need to build more trust for cooperation in different fields in the future,” he added.

“We support Iran’s Islamic Revolution and the new Pakistan is looking for such a revolution,” Imran Khan stressed.

The visit is taking place at the invitation of President Hassan Rouhani. This is the first trip of the Prime Minister to Iran.

Imran Khan is heading a high-ranking politico-economic delegation consisting of Pakistani minsters and other senior officials.

The premier arrived in Tehran late Sunday night to take part in a number of meetings with senior Iranian officials, including Supreme Leader Ayatollah Seyed Ali Khamenei and President Rouhani, on Monday.

Expansion of bilateral economic and political relations as well as enhanced efforts to combat terrorism is on the agenda of talks.