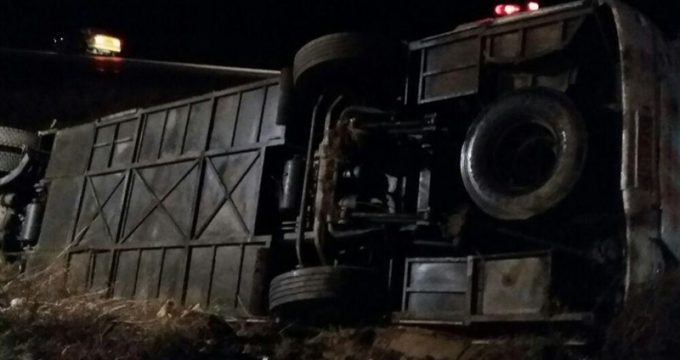 Tasnim – Five people were killed and 38 wounded when a bus overturned on Sunday night in Iran’s Western Lorestan Province.

The bus, carrying 48 passengers, was travelling on the road from Doroud to Khorramabad, an artery in Western Lorestan province while transporting pilgrims from Jamkaran in the city of Qom towards Kuhdasht at 9:10 p.m. when the incident happened, the Emergency Operations Center in Lorestan Province said.

“Duroud’s traffic police had not yet announced the cause of the accident, but said that four women and one 10 year-old boy were among the people killed in the bus,” Lorestan police chief Nabiollah Ghasemi told Tasnim.

“The bus had 48 passengers on-board, which 38 of them were injured but 5 people are in good condition.”