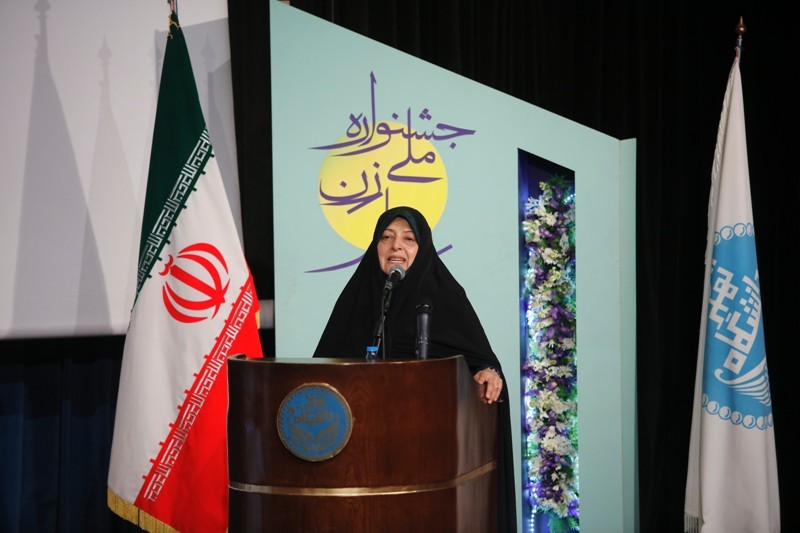 IRNA – Iranian vice-president said on Monday that 27 percent of faculty members at Iranian universities, and half of the students in the country are female.

Iranian women have gained significant achievements over the past 40 years since the Islamic Revolution despite all challenges the country has been facing, Iranian Vice-President for family and women affairs Masoumeh Ebtekar said addressing the 2nd national conference on women and science (Mirzakhani’s Prize) on Monday.

They have taken firm strides in scientific fields, and the progress continues, she said referring to Professor Maryam Mirzakhani as an example of a successful Iranian woman.
Mirzakhani, the first female winner of math Fields Medal, died in 2017 when she was 40 years old.

The Iranian vice-president said that nonetheless the higher education section is much expected to prepare the ground for a more significant presence of women.

Referring to a presidential order on allocating 30 percent of managerial posts in state organizations to women, Ebtekar said that the same this is expected to happen at universities.

Commenting on Mirzakhani, she said that the Iranian Professor and the role she played by winning the Fields Medal as well as the transformation she caused in mathematics is a world-level achievement irrespective of her gender.

‘Maryam is a global figure from all dimensions she is looked at,’ Ebtekar said, adding that her global status reminds us of our responsibility for Iranian young talents.

At the 2018 World Meeting for Women in Mathematics in Rio de Janeiro, Brazil, the Women’s Committee of the Iranian Mathematical Society suggested designating Maryam Mirzakhani’s birthday (May 12) as a day for celebrating women in mathematics. The proposal was supported and approved by several organizations for women.