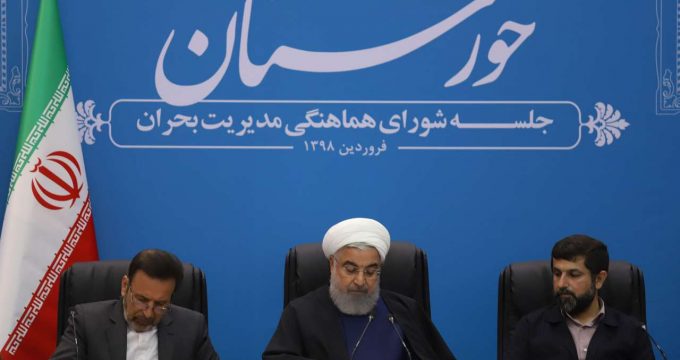 Rouhani: Enemies’ plot to tell lies about drought in Iran

IRNA – President Hassan Rouhani said on Saturday that one of the enemies’ plots, especially the Zionist regime and the US, is to pretend prevalence of drought in Iran and impossibility of life in many parts of it.

Addressing a meeting of Khuzestan province’s crisis management, he said it is for years that the enemies take advantage of the issue of dusts and drying of lagoons through wide-scale propaganda.

“Enemies have done the best to sow seeds of disappointment and frustration among the public, but God dealt basic blow to the thoughts with His powerful hand this spring,” he said.

Such statements by the enemies are used as a tool for pressuring the public, he said, noting that Iran has been standing against the enemies strongly and turned into a model for all the countries, which has angered them.

Iranian nation will emerge successful from the test, Rouhani said, hoping that the government would be able to compensate the affected people’s damages.

Describing the floods as unprecedented over the past century, he said that death toll was very low due to the efforts of the people and relief forces.