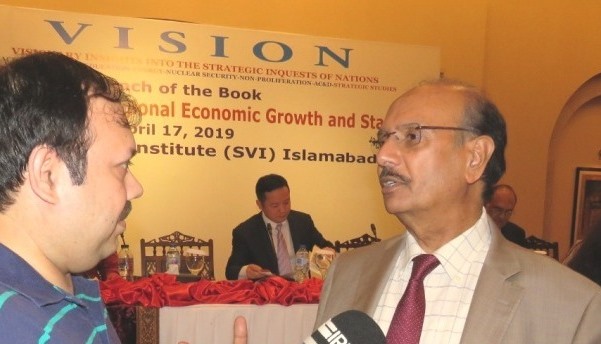 IRNA — Head of a Pakistani think-tank says the visit of Prime Minister Imran Khan to Iran would herald new prospects for cooperation between the two countries.

In an interview with IRNA, Dr Zafar Iqbal Cheema, President Strategic Vision Institute (SVI) said: I think it is a very important visit by the Prime Minister but has come a bit later.

Prime Minister Imran Khan will pay an official visit to Iran on 21-22 April 2019 on the invitation of President of Iran, Hassan Rouhani. This will be the first visit of the Prime Minister to Iran.

Zafar Iqbal Cheema added Iran is our very important neighbor and this is Imran Khan’s first visit to Iran since he became the Prime Minister.

“Iran is our Muslim brother with which we share centuries old historical cultural, religious ties,” said the analyst.

The analyst said that labeling of Islamic Revolution Guard Corps (IRGC) as terrorist organization by the US is not a wise decision.

“US does these things for its naked self interests,” viewed Dr Cheema.