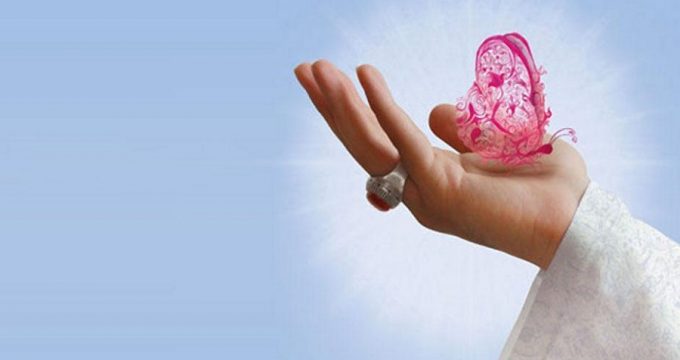 IRNA – The 15th of Shaban is the birthday of Imam Mahdi (AS), the last of the Shias’ Imams. With his advent, he will rise the flag of justice and liberation throughout the universe, destroy the foundations of the oppression and save people from injustice.

Prophets and Imams have always made the treasures of wisdom of mankind blossom throughout history through guidance and presentation and lead them to prosperity and perfection. The formation of the utopia or the ideal society is one of their goals, where people, free from oppression and injustice, accomplish true perfection and divine knowledge.

One of the most prominent features of Imam Mahdi (as) is his mandate to establish a universal justice state in which the oppressed world plays a role. This characteristic is the very thing that was considered by the founder of the Islamic Republic of Iran. In the words of Imam Khomeini such a state is the place where of the oppressed, the deprived and the barefooted have to be served as the focal pillar of the society. So 15th of Sha’ban was named the ‘Universal Day of the Oppressed ‘, so that everyone would be at the service of the oppressed and the deprived and put the struggle against the cruelty of the oppressors and the bullying as their principled policy.

The 15th of Sha’ban is the embodiment of our hopeful outlook towards the future. All the hope that we invest in something may or may not have the outcome that we hoped for; however, the hope towards the final salvation by the absolute Wali [representative of God] of the Almighty God— the Imam of the Time (may God hasten his reappearance, and may our souls be sacrificed for his sake) — is an inviolable hope.

This is the difference between us and others. Others —non-Shia Muslims and non-Muslim believers — believe in something that is vague; however, this is not the case with us Shias. It is clear what we want and whom we speak to. The 15th of Sha’ban is a day of hope.

As for the Imam of the Time (may God hasten his reappearance and God’s greetings b upon him), the first point is that the great personality is the inviter to God.

Looking at that great Imam (a.s.) is a way of expressing one’s love for and obedience to Allah the Exalted: ‘greetings be upon you who invite to God and who are conversant with His signs’.

All matters, all prophets, all saints, all sanctities and all pure souls who cast light on our lives, on our world and on the entire universe are the signs and reflections of God. This is a point that should receive attention.

We pay attention to the Imam of the Time (a.s.), and we appeal and show humbleness before that great Imam (a.s.) so that this humbleness reaches the Essence of the Only One and so that we show our obedience to Allah the Exalted.

Friday Prayer Leader of Shiraz Mohammad Hassan Moradi said about marking the virtues of Shaban night, ‘There are three golden nights in the months of Rajab, Shaban and Ramadan, which the night of Mid-Shaban is one of these nights, and is the best opportunity for forgiveness.’

Referring to the narratives of the religious books on 15th Shaban night, he stated, “Imam Reza (a.s) has said about the virtues of this night that the night of the Shaban is so magnificent before Great Divine, that Allah will pardon the great sins of believers.