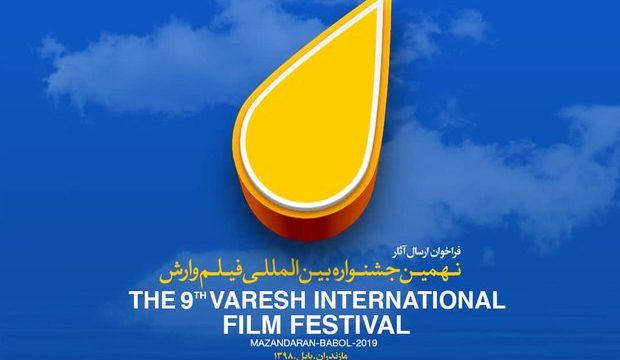 MNA – Filmmakers from six Caspian Sea littoral countries are set to take part in the 9th edition of Varesh International Film Festival, which will run from April 29 to May 3 in the northern Iranian city of Babol.

Filmmakers from Russia, Afghanistan, Republic of Azerbaijan, Kazakhstan, Tajikistan and Iran will vie for titles in this round of the event.

Lotus, The Iron Dreams, The Day of Duty, Takleef, and The Legendary Mystical will represent Iran in the international section.

Afghan filmmakers will take part in the event with five movies: The Weaver, Drop, Pale Whit, The Symphony of Tolibhon Shahidi Time, and Ancient Land of Azar.

Russian entries are Big Boom, How Big Is the Galaxy, The Theory of the Sunset, and Faith.

Azerbaijan mugam, Azerbaijan Carpet, Winged Miracle, and Azerbaijan Cuisine will also be screened during the film festival by Azerbaijani artists.

Entries from Tajikistan are Solidream Aspirations of the Pamir, A Door to God, and The Crying of Tanbur.

Kazakhstan’s filmmakers will compete with 13km, Hearth and Ancestors Heritage.

The festival’s main objective in the international section is to introduce the common cultural heritage of various Caspian Sea littoral ethnic groups whose film productions deal with common religious, cultural, geographical and historical themes, adding that identifying new talents in short film production, encouraging filmmakers to produce religious titles, introducing cultural issues, as well as reviving mutual relations among the filmmakers, are also among the goals of the event.

Some 1,672 domestic and 1,669 foreign producers submitted around 3,341 Iranian and foreign movies to the secretariat of the 9th edition of Varesh by the end of the deadline in February.

The festival has been taking place in the city of Babol, Mazandaran province, since 1999. It was halted for several years; the previous edition was held in 2015.