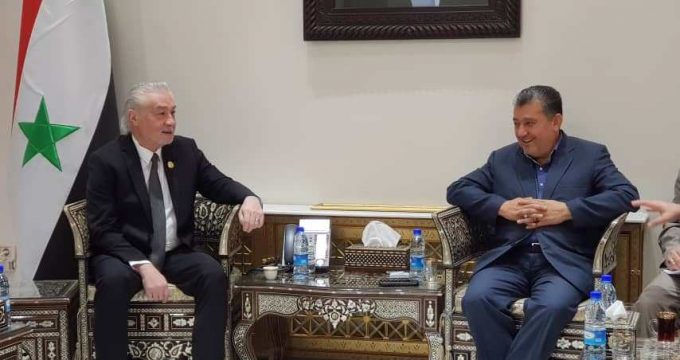 Iran to stand by Syria in economic war: Lawmaker

IRNA – Iran says it will stand by Syria in its economic war as Tehran stood by the Arab country in the war against the ISIS terrorists.

‘The Islamic Republic of Iran will stand next to Syria till the end even under the problems and issues that have been caused because of the US sanctions and pressures,’ Amir Khojasteh, head of Iran-Syria parliamentary friendship group said in Damascus on Saturday.

‘The Iranian delegation’s frequent visits to Syria show depth of our friendship and these ties will continue as Syria is grappling with an economic war,” Khojasteh told Vice-Speaker of the Syrian Parliament Najdat Ismail who emphasized that Damascaus is now fighting in a new front, calling it the ‘economic war’.

The Iranian lawmaker said the US moved to label the Islamic Revolution Guards Corps (IRGC) as a Foreign Terrorist Organization (FTO) due to ‘Washington’s failure in the region, especially in Iraq and Syria’.

“They spent seven trillion dollars, but they still come to the region in the dark. This shows how frightened they are,” Khojasteh noted.