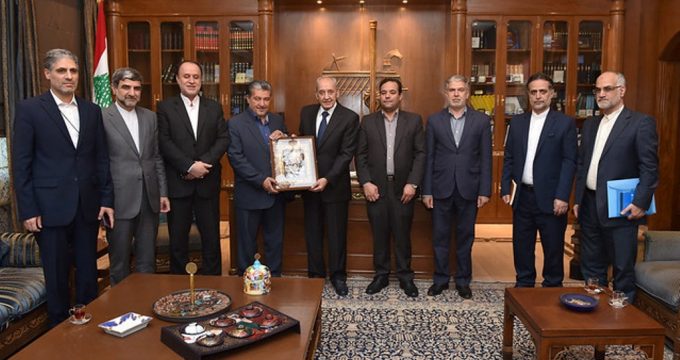 IRNA – Lebanon Parliament Speaker Nabih Berri said on Friday that Iran as a top power and an influential country is playing role in the region.

In a meeting with Head of Iran-Palestine Parliamentary Friendship Group Amir Khojasteh, he added that the US has been sanctioning Iran over the past 40 years, but the country has overcome the problems through reliance on public support, guidelines by Supreme Leader of the Islamic Revolution Ayatollah Seyyed Ali Khamenei and national unity.

He also reiterated that the key to Lebanon’s success was first reliance on God and then backings of the Islamic Republic of Iran.

Khojasteh, for his part, expressed pleasure over political developments in Lebanon, saying that the establishment of government and parliament in the country is a major achievement for it.

Khojasteh, Hamedan MP, further said that the US has reached a deadlock in the region and relocating US embassy to Quds and recognizing it as official capital of the Zionist regime and designation of IRGC as terrorist group are signs of Washington’s desperation.

Iran’s parliamentary delegation arrived in Beirut on Thursday morning and left for Damascus on Friday.