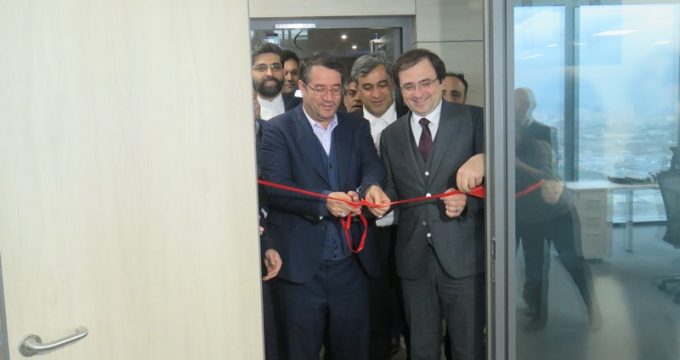 Iranian Ambassador to Azerbaijan Javad Jahangirzadeh and deputy economy minister of Azerbaijan Rafat Mohammadev were present in the ceremony.

Iranian center will provide the Iranian and Azeri businessmen with consultation, legal and commercial services to develop regional trade.

Thanks to the geographical position of Azerbaijan and its access to Russian markets, the Iranian center will play major role in developing Iran exports.

The Iranian businessmen hope for promoting commercial relations between two countries after launching the center.

Rahmani arrived in Baku on Thursday on a two-day official visit to explore avenues for enhancing the two countries’ cooperation and implementing economic projects.

Rahmani earlier on Thursday conferred with Azeri President Ilham Aliyev on issues of mutual interests along with regional developments.