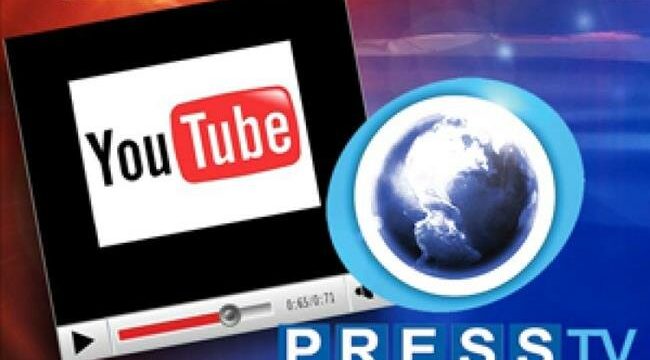 Press TV – Historian and journalist Brecht Jonkers says the unprecedented US pressure campaign against Iran and Google’s targeting of Iranian alternative media without prior notice are “intrinsically linked” and politically motivated.

Jonkers was asked by Press TV on Friday about possible grounds for Google to block Press TV and Hispan TV’s access to their official accounts on the technology company’s platforms, including YouTube and Gmail.

Google and YouTube, he said, have provided “no real explanation except … a violation of rules and regulations, but they refuse to say which rules and which regulations.”

Google’s move is “basically showing us that despite the claims that the internet is fully free for use for everyone, it is in fact influenced a lot by the United States government itself,” he added.

Jonkers also noted that Western governments and their corporations “do not want to have any voice that would challenge US hegemony” like Press TV, which questions the US role in Syria, Iraq and Yemen.

“It seems to be more than just a coincidence at the moment, when US pressure against Iran is unprecedented,” the journalist said.

“Suddenly Google decides to also crack down – at least temporarily hopefully- on Press TV and on any sort of what they would call Iranian propaganda media. So, I think these things are intrinsically linked to one another,” he said.

Jonkers said it was “very unlikely” to believe there was no political reason behind in the decision.

“There should most likely be a reason behind it, because it matches so well with the American policy of aggression against the Islamic Republic of Iran and against any other nation that stands in the way of US hegemony,” he said.

Karl Grossman, professor of journalism at the State University of New York, denounced media “censorship” as a “wrong” measure.

He told Press TV that US President Donald Trump was suppressing free speech, but such attempts would fail.

” Trump is talking repeatedly … about the evil press, the agents of evil and so forth. This is a guy who does not believe in free speech and free press,” Grossman said.

“Trying to suppress information is like trying to hold the cover down on a pot of rapidly boiling water. The information will get out,” he said.