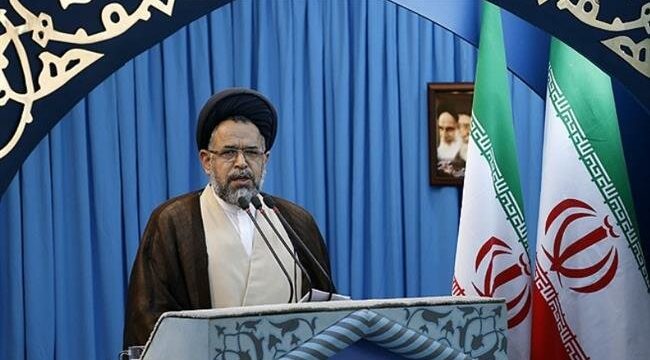 Sputnik – Since the arrival of the Trump administration, Washington has been taking a harsh approach towards Iran in its foreign policy. The US notably withdrew from the Iran nuclear deal on 8 May 2018 and imposed hefty sanctions against Tehran’s oil, banking and shipping sectors in November of the same year.

The head of Iran’s Intelligence Ministry’s Mahmoud Alavi announced on Friday that his ministry has managed to deal a heavy blow to the CIA’s spy network, operating both within Iran and the region, Mehr News Agency reported. He reportedly said that dozens of spies, working in the state’s sensitive sectors, have been arrested as a result of the ministry’s work.

“In a complicated process against the US Central Intelligence Agency, 290 spies from its espionage network in different countries, including Iran were identified”, he said.

Alavi further noted that a similar measure had been taken regarding Britain’s MI6, promising to release more details about operations against both foreign intelligence agencies later. He also said that the info about the spy networks will be forwarded to friendly states interested in it.

Neither Washington nor London have commented on the report yet. The news comes amid ongoing tensions between the US and Tehran that have recently led to Washington designating the Iranian Revolutionary Guard Corps (IRGC) as a terrorist organisation and Tehran adding the US Central Command (CENTCOM) to a list of terrorist entities in a reciprocal move.

Relations between the US and Iran have spiralled downward since US President Donald Trump took office. Trump withdrew the US from the Joint Comprehensive Plan of Action, also known as the Iran nuclear deal, an international accord that lifted sanctions from the Islamic Republic in exchange for limiting its nuclear programme and allowing international inspections at nuclear sites.

Later in November 2018, Washington imposed harsh sanctions on Iran’s oil, banking and shipping industries, trying to cut its oil exports. The US moves have been criticised by Tehran and other signatories to the nuclear deal. Iran has vowed to continue shipping oil disregarding the sanctions and threatening to block the Strait of Hormuz, the only maritime exit from the Persian Gulf, in case its exports are endangered.