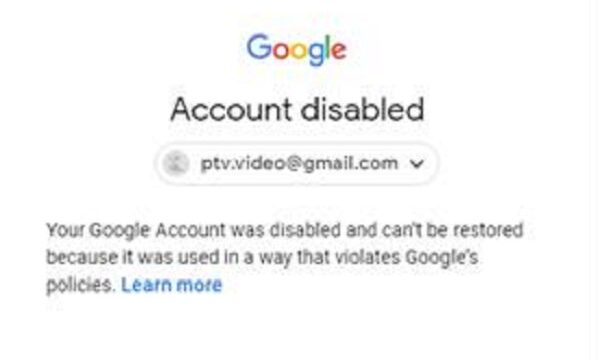 MNA – Google has blocked the access of the Tehran-based news channels Press TV and Hispan TV to their official accounts on the technology company’s platforms, including YouTube and Gmail, without prior notice.

“Your Google Account was disabled and can’t be restored because it was used in a way that violates Google’s policies,” Google said in a message that appears after Press TV tries to log into its account.

The YouTube channels are open to public view for now, but the administrators cannot publish any new content.

The move comes a few days after Instagram removed several accounts attributed to the Iranian military officials as the US blacklisted the Islamic Revolutionary Guards Corps.