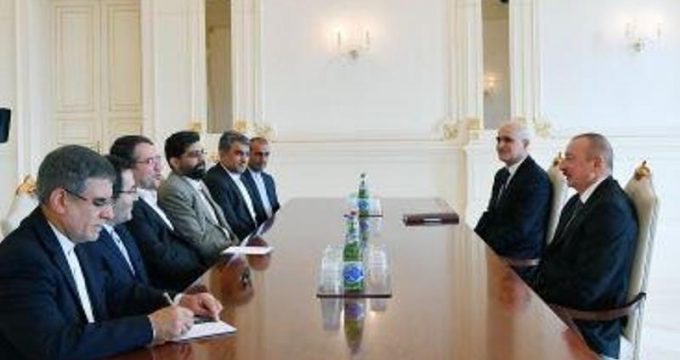 In the meeting, both sides studied grounds for expansion of mutual commercial and industrial cooperation.

They also called for expansion of regional cooperation with other countries in the region winning support of both sides active private sectors.

The Iranian minister also appreciated the relief aid sent by Azerbaijan to flood-stricken people in Iran and underlined implementation of the already signed agreements on economy, industry and investment opportunities.

Rahmani offered establishment of an industrial zone in the joint border which was welcomed by the Azeri president and both sides examined various aspects of the proposal.

The Iranian minister is to confer with a number of high ranking Azeri officials during his stay on issues of mutual interests.