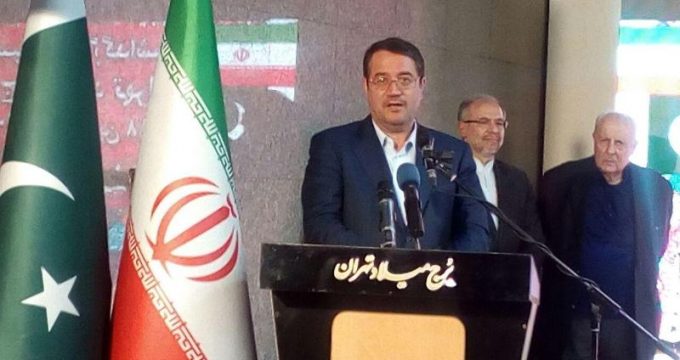 IRNA – Minister of Industry, Mines and Trade Reza Rahmani called for raising the volume of trade exchanges with Pakistan to $5 billion until 2021.

Addressing a ceremony marking Pakistan Day in Tehran on Wednesday, he hoped the goal will be materialized by establishing banking ties and finalization of free trade memorandum of understanding.

He added that Iran and Pakistan boast of numerous commonalities in various sphere including religion, culture and history.

“Iran-Pakistan ties as old as the country’s independence and the two regional big countries’ relations have always been friendly and excellent,” he said.

Iran was the first country which recognized independence of Pakistan and established embassy in Islamabad, Rahmani said, describing Pakistan as major gateway for Iran to enter to the East.

“Iran is also a country with numerous economic potentials,” he said, noting that Iran’s economy and market will not be ignored by the economic activists and political officials.

The two countries are able to develop collaboration in the fields of agriculture, foodstuff, tourism, pharmaceuticals and sports.