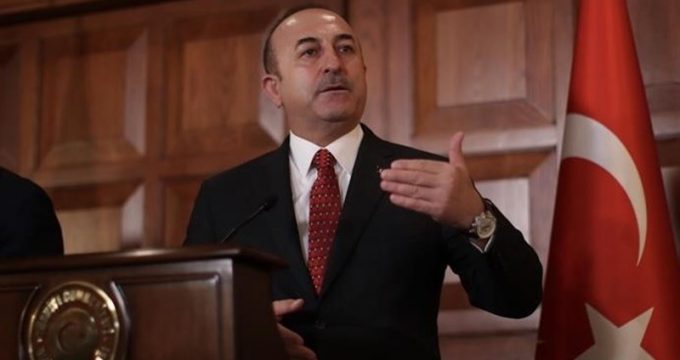 Those sanctions followed President Donald Trump’s decision to withdraw unilaterally from a 2015 nuclear accord between Iran and six world powers to pressure Iran to curtail its nuclear program and stop backing militant proxies in the Middle East.

Cavusoglu reiterated Turkey’s opposition to the sanctions and said Ankara and neighboring Iran needed to keep working to raise their bilateral trade to a target of $30 billion, around triple current levels.

“Along with the existing mechanisms, we evaluated how we can establish new mechanisms, like INSTEX…how we can remove the obstacles before us and before trade,” Cavusoglu told a news conference after talks with his Iranian counterpart Javad Zarif.

“What is important here is the solidarity and determination between us,” he added.

France, Germany and Britain have opened a new channel for non-dollar trade with Iran to avert sanctions, dubbed The Instrument In Support Of Trade Exchanges (INSTEX).

Washington’s European allies opposed Trump’s move to abandon the 2015 deal, under which sanctions on Iran were lifted in return for Tehran accepting curbs on its nuclear program.

Iran has threatened to pull out of the deal unless the European powers enable it to receive economic benefits. The Europeans have promised to help companies do business with Iran as long as it abides by the deal.

Cavusoglu did not go into details about the new mechanisms but Turkey has a track record of using national currencies in international trade. In October 2017, the Turkish and Iranian central banks formally agreed to trade in their local currencies after using the euro for settlements in the past.

After reimposing sanctions on Iran, Washington granted waivers to eight nations including Turkey that reduced their purchases of Iranian oil, allowing them to keep buying it without incurring sanctions for six more months.