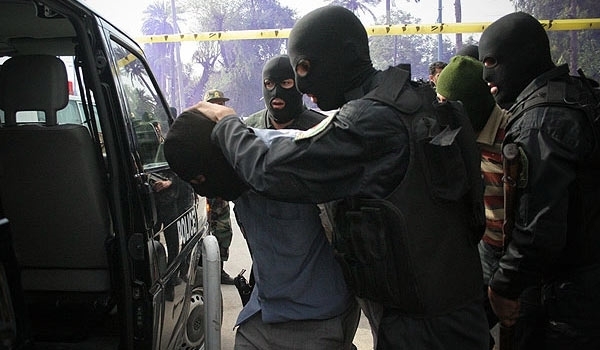 FNA – Iranian security forces captured two terrorists who had assassinated one of the high-ranking police officers in the Southeastern province of Sistan and Balouchestan.

“The two individuals have cooperated with the terrorist grouplets and confessed to all their actions and underway plots,” Brigadier General Mohammad Qanbari told reporters in Zahedan city in Southeastern Iran on Tuesday.

He added that the two terrorists had assassinated a high-ranking traffic police officer and wounded a soldier last year, noting that one of them had launched 7 groups and 7 channels on social media not only to launch a propaganda campaign for his terrorist group abroad, but also recruit forces and render financial support to these new recruits.

“The team intended to travel abroad and collaborate with members of terrorist grouplets as their operational agents and they were tasked by one of these grouplets with conducting terrorist actions in Sistan and Balouchestan province to prove their capabilities,” General Qanbari said.

The Iranian security forces stationed at the bordering areas have dismantled several terrorist groups in the past few months.

The Iranian intelligence ministry announced in February that the country’s security forces had arrested members of two terrorist groups affiliated to the ISIL in the Western province of Kurdistan who intended to assassinate Sunni clerics in Iran.

According to Intelligence Ministry statement, the intelligence forces managed to identify and detain 13 terrorists, affiliated to the ISIL grouplet, who were divided in two groups to plant bombs, kill people and assassinate certain Iranian Sunni clerics in Iran.

A number of the captured terrorists had undergone military trainings abroad and wanted to carry out terrorist acts under the guidance of one of the ISIL’s military operations ringleaders.

Remote-controlled bombs, arms and ammunitions were discovered from the terrorists.

Also, recently, a female member of the ISIL terrorist group was captured at Bazargan border crossing in the Northwestern province of West Azarbaijan.

The woman was identified by Iran’s passport police at Bazargan border as to be an ISIL member.

The Law Enforcement Police said in a statement on Monday that all crossings at Bazargan border were precisely monitored by the passport police’s security controls and vigilance and no terrorist or their family members would be allowed to enter the country.