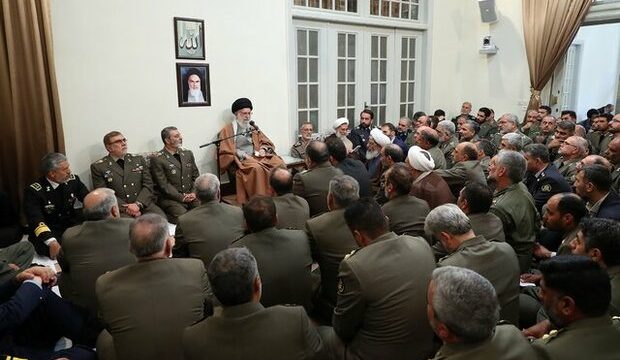 MNA – Leader of Islamic Revolution Ayatollah Seyyed Ali Khamenei received a number of commanders of the Iranian Army on Wednesday.

The meeting, attended by a number of commanders and senior officials of the Iranian Army, was held on the threshold of the National Army Day (April 18), which marks the establishment of the Islamic Republic of Iran’s Army.