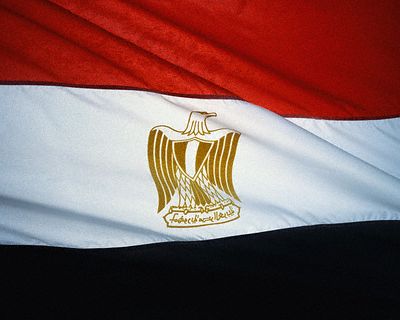 Egypt’s withdrawal: a lethal blow to the anti-Iran coalition

IRNA – The US attempts to form an anti-Iran coalition in the Middle East, known as the Arab NATO, has run into a stone wall.This is due to the fact that a rift between betwe the Persian Gulf’s Arab littoral states has led to Egypt’s withdrawal from the newly-forged coalition.

Reuters recently reported that Egypt has pulled out of the Arab NATO.

Egypt has the biggest Army of all Arab countries; observers interpret the move as a heavy defeat for Saudi Arabia. Egypt’s ‘Elmegd’ newspaper wrote that Cairo’s withdrawal from the organization before it actually takes form shows that they have challenges in determining the common enemy; that’s why the military body was born dead.

** Lebanese ‘Almarkazia’ wrote the Arab NATO was heavily hurt once again right before its preliminary meeting on Sunday. At a time when the Arab states are worried about US President Donald Trump’s defeat in the elections, the pullout disrupted the situation. They are worried that Trump’s potential successor might put the plan aside entirely, which will adversely weaken the member states against Iran.

Almarkazia wrote that Egypt’s withdrawal from the coalition is because of the developments in Sudan; unlike other Arab countries, Egypt supports the coup in Sudan. Cairo’s priority is not to encounter Tehran; it has focused in the political developments of northern Africa, especially Libya and Sudan, which can threaten Egypt’s security. Therefore, it will not make any military efforts far from home.

Elmagd wrote in a report that the withdrawal unveiled that the coalition is frail and one can say that the Arab NATO is pointless without Egypt because the other Arab states lack the necessary mechanism; absence of Egypt will annihilate the idea of Arab NATO.

The idea brought up a lot of happiness in the beginning but disintegrated after some time; Egypt’s pullout killed all the delight. Egypt was to be in charge of the coalitions, so now, the coalition makes no sense.

Abdel Bari Atwan, the editor-in-chief of the London-based ‘Raialyoum’, believes Egyptian President Abdel Fattah el-Sisi slammed the US twice recently. First, he pulled out his country from the security-economic coalition of the Middle East, named the Arab NATO. Second, he purchased Sukhoi 35 jetfighters from Russia as a substitute for Egypt’s F16 and F35 US-made fighters.

According to this Palestinian analyst, if implemented, the withdrawal is brave strategic decision that will free Egypt from the US and littoral Arab Persian Gulf states’ bondage and restore the country’s dignity and independence.

** The obstacles in the path of making the Arab NATO
According the Arabic Sputnik, despite the cooperation between the US and some Arab states to control Iran, because of disagreements about regional issues, forming such a coalition wouldn’t be easy. A retired Jordanian colonel, Mahmoud al-Radisat, told Sputnik that the idea is not real because there are no clear goals so that they can make an agreement through the Arab NATO.

On the contrary, the Arab World has some tension and contradictions in interests and each pursue its own goals in regional issues, like those of Syria, Libya, Yemen, Iraq and Palestine.

What’s more, the government of Qatar has taken issue with Saudi Arabia, the United Arab Emirates, Bahrain and Egypt. Qatari Foreign Minister Mohammed bin Abdulrahman Al Thani said if the diplomatic crisis between the Persian Gulf littoral states doesn’t get solved, the US plan for making an Arab coalition is doomed to fail.

The Jordanian analyst added that the US is trying to create a coalition, but for that, first, the main problem should be solved. No coalition can be relied on if its members are drifted apart.

Saudi Arabia, the UAE and Bahrain are the only counties to back US excitement for formation of the Arab NATO; Qatar, Kuwait and Oman are on good terms with Iran. Also, Egypt and Jordan are not worries about the leverage of Iran and their foreign policy priority is the tension between the Arabs and Israel.

A military analyst, Khalil el-Helou, told Almarkazia that the US’ strategy to counter Iran will not happen. The US is attempting to create an Arab collation while the Arabs are facing changes among themselves. A military coalition needs a common strategy which is absent among Washington’s regional allies.

Qatar’s Aljazeera wrote that the coalition seems impossible, due to some disagreements, the first of which is determining the source of the threat. The Saudis, the UAE, and Bahrain say that Iran is the main threat, while others don’t think so.

According to Aljazeera, Giorgio Cafiero, a Persian Gulf analyst, said that the Saudis and their allies’ blockade against Qatar has complicated the region.

Florence Gaub, a security and strategy analyst, believes that there are two major challenges to create the Arab NATO. First, trust between the members is fading away. Second, the nature of the challenges of the Arab states, which don’t originate in direct military threats; their real challenges are domestic groups out of the central governments’ control.