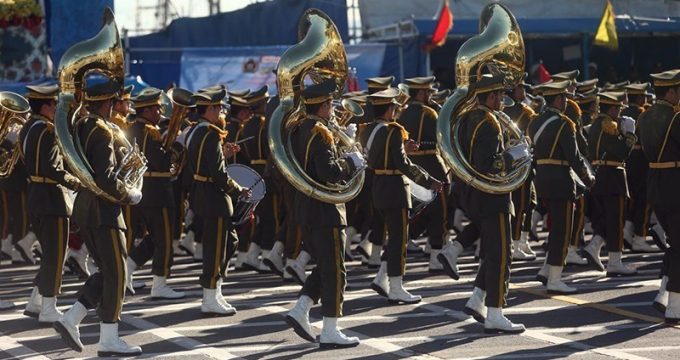 FNA – Commander of Iran’s Army Major General Seyed Abdolrahim Moussavi, in a statement on the advent of the National Army Day, said that the country’s military body is at the height of its readiness to accomplish any mission or task.

Mousavi said that the personnel of the different forces of the military body are stationed on borderlines of the country, tasked with protecting the country’s sky, and sent on missions on oceans to prove how harshly and fiercely they encounter the enemies of the country.

He said they also show a kind and merciful face to their compatriots when the nation is faced with natural disasters like flood.

The commander reassured that the Amy is at the zenith of its preparedness because of its focus on spirituality, punctuality, hierarchy of commander, and health of personnel to succeed in its all tasked missions.

This year, the annual parades marking the Army Day will be held on Thursday in all provinces of the country except Lorestan, Golestan and Khuzestan provinces where the recent floods inflicted heavy damage to the normalcy of the daily life of the residents and the Army launched a big campaign of relief helps.

On Monday, Commander of the Iranian Army Ground Force Brigadier General Kiomars Heidari said that most advanced domestically-built tank of the country, Karrar (Striker), will join the military body’s fleet according to a new agreement with the Defense Ministry.

However, despite all advancements in the sector, Iranian officials have always stressed that the country’s military and arms programs serve defensive purposes and should not be perceived as a threat to any other country.