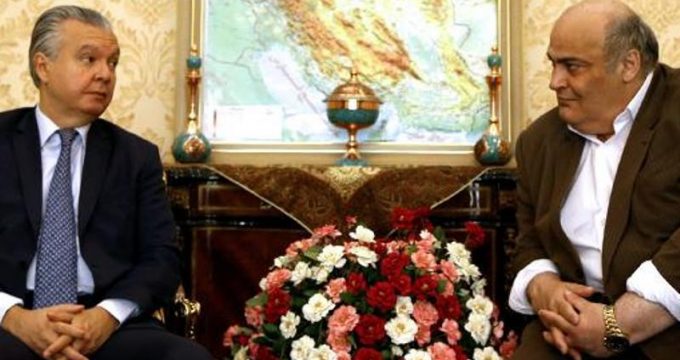 Brazil is keen to improve cooperation with the Islamic Republic of Iran in all fields, in particular parliamentary affairs, he said during his meeting with the Jewish Iranian MP Siamak Moreh Sedgh.

In the meantime, the Iranian lawmaker, for his part, criticized manipulation of human rights by certain powers and lauded the status of minority groups, including the Jews in Iran.

He condemned the US measure to blacklist the Islamic Revolution Guards Corps a terrorist and noted that IRGC helped both Muslims and non-Muslims, including the Christians and Jews, against Daesh (ISIS) terrorism.

The Jewish MP called for improvement of ties between the two countries in all fields and stressed cultural relations between the Iranian and Brazilian Jewish communities.