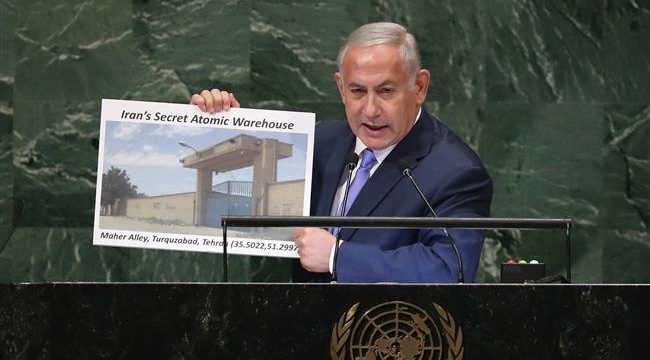 The IAEA doesn’t have inspection superpowers in Iran

LobeLog | Mark Fitzpatrick: Calling for “superagency” – an international team of sleuths who can swoop on any suspect country at a moment’s notice when provided with hints of nuclear wrongdoing. Forget about rules, credibility or due process. Superagency has to be vigilante-like, to swiftly catch bad guys red-handed.

There is no such team of superheroes, of course. But that’s what some critics of the International Atomic Energy Agency (IAEA) seem to want it to be.

On April 4, Reuters reported that the IAEA last month visited a warehouse in the Turquzabad area of Tehran, where Israeli Prime Minister Benjamin Netanyahu claimed in September 2018 that Iran had been storing nuclear-related equipment and 15 kilograms of radioactive material. Within hours of the Reuters report, the Washington-based Institute for Science and International Security (ISIS) issued a condemnation of what it called the IAEA’s “failure to act promptly.”

Too Little, Too Late?

Was the visit really “too little, too late,” as ISIS judged? Probably not. If radioactive material had been stored at the warehouse in question, it would have left traces that last for years and are very difficult to erase. According to officials familiar with the technology, IAEA environmental sampling likely would be able to detect radioactive traces, whether the sampling took place days or months after the material was moved. By this June, laboratory analysis of the samples should tell the agency whether any such material was present.

Environmental sampling is not foolproof. In a previous case, Iran was able to erase most nuclear traces at the Parchin military base after years of landscaping and repaving. When the IAEA was finally able in November 2015 to revisit Parchin, sampling picked up only two minimal traces of suspect uranium. But the clean-up was no vindication for Iran because the sampling disproved its cover story that the site was used to store chemical materials. And while the IAEA was unable to prove most of the allegations of specific nuclear-weapons activity, it did conclude that Iran had engaged in such work.

In the current case of Turquzabad, the radioactive material and nuclear-related equipment were allegedly moved out of the warehouse last July/August. Iran has had much less time to remove traces, and, unlike the satellite images of landscaping at Parchin, no evidence of a massive clean-up has yet emerged with regard to Turquzabad.

It is interesting to note that Netanyahu referred to “radioactive” materials being moved from Turquzabad in August 2018. If IAEA sampling detects radioactivity, it would not necessarily signal any violation by Iran. States must report to the IAEA the possession or use of certain forms of “nuclear material,” meaning uranium, plutonium or thorium. These are a subset of radioactive materials, which also include cobalt, radium, radon and potassium, which cannot be used for nuclear weapons and are not restricted.

Why didn’t the IAEA take action immediately after Israel first tipped it off last summer about suspicious containers being moved out of a warehouse in Turquzabad? Under well-established agency rules, it must treat information provided by third parties with prudence – and with good reason. Recall claims by the US Bush administration in 2002 that Iraq sought to acquire uranium from Niger. The IAEA determined that the supposedly incriminating documents supplied by the US were inauthentic.

In an analysis on March 20 that first flagged the probable IAEA visit to the warehouse, I explained the cautions that the IAEA must take in dealing with third-party information, in order to preserve its integrity, neutrality, and credibility. By insisting that all states honor the safeguards rules, it must do so as well.

Before taking action on third-party information, the IAEA must assess whether it is “broadly credible.” Tentative corroboration might come from overhead imagery, export/import reporting or reassessment of past inspector reports. In the case of the Turquzabad warehouse, the information that Israel initially supplied apparently was insufficiently specific to enable any such corroboration. When the agency was able to assess that the tip-off was broadly credible, it launched the process that led to a visit to the site.

According to the Wall Street Journal, inspectors took environmental samples at Turquzabad that are currently being analyzed. Unlike the November 2015 visit to Parchin when Iranians took swipe samples under off-site video observation by the IAEA, this time the inspectors conducted the procedures themselves. So not only did Iran cooperate in welcoming inspectors to the suspect site this winter, but it also returned to the normal practice. If Iran is ever to turn away from a nuclear-weapons option, such cooperation will need to be encouraged.

International inspectors cannot swoop unilaterally on any country. They cannot operate like intelligence agents in circumventing national laws. They need cooperation from the host country. They are far more likely to get it by proving themselves to be neutral, independent arbiters – not acting on behalf of states, especially states that are adversaries of Iran.

Notwithstanding the ample evidence of Iranian deceit about past nuclear-weapons work, the IAEA must conduct its investigation with impartiality to determine whether any such work continues today. The agency is often called a “nuclear watchdog.” Its extraordinary detection capabilities are best utilized and preserved when it retains its credibility. Rushing to try to catch Iran in the act last summer before Israel’s information could be vetted would have needlessly risked that credibility.

Mark Fitzpatrick is an associate fellow and former executive director of the International Institute for Strategic Studies–Americas. Reprinted, with permission, from the IISS blog.